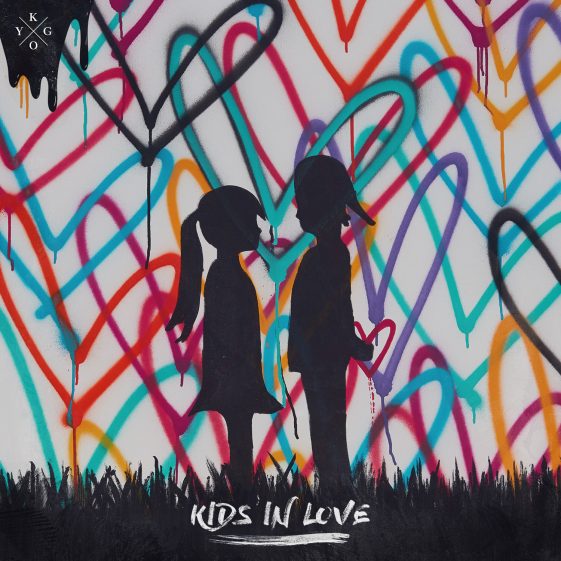 KIDS IN LOVE – DUE NOVEMBER 3

(Los Angeles, CA)—Today, Norwegian superstar, Kyrre Gørvell-Dahll, a.k.a Kygo, announces the “Kids in Love Tour” with Gryffin, Blackbear, and Seeb.  The highly anticipated tour will kick off on February 5, 2018 in Helsinki in support of his sophomore album Kids in Love via Sony Music Sweden/Ultra Music/RCA Records – due November 3.  Phase one of the tour will also make stops in Oslo, Paris, Toronto, New York, and more.  The project, which will be available everywhere on November 3rd, features collaborations with One Republic, John Newman, and more.  The tour announcement follows the release of two buzzing singles from the forthcoming album including the title track “Kids in Love” (Listen Here) and “Never Let You Go” (Listen Here).  Stay tuned to Kygo’s socials for ticket information and find the full tour routing below.

ABOUT KYGO
Kygo is a Norwegian-born, world-renowned producer, songwriter, DJ and music marvel who has turned himself into an international sensation in unprecedented time. He was crowned Spotify’s Breakout Artist of 2015, as songs including “Firestone (feat. Conrad Sewell)” and “Stole The Show (feat. Parson James)”, which was certified gold or platinum in sixteen countries, helped him become the fastest artist to reach 1 billion streams on Spotify.  Kygo’s first album, Cloud Nine, debuted at #1 on iTunes Dance Albums Chart and at #1 on Nielsen Soundscan’s Electronic Albums chart. The album received tons of positive attention from critics, in which Rolling Stone called it “unfailingly gorgeous”. Kygo made his U.S. television debut on The Late Late Show with James Corden where he performed an acoustic version of “Stole The Show (feat. Parson James)”. He has also performed on Good Morning America, The Tonight Show Starring Jimmy Fallon, and The Ellen DeGeneres Show. Additionally, Kygo landed on the cover of Billboard Magazine last year surrounding his colossal success. Over the summer Kygo released “It Ain’t Me” with Selena Gomez which reached Top 10 on the Billboard Hot 100 and amassed over 555 million Spotify streams to date with USA Today declaring the song one of 2017’s most potent contenders for the official song of the summer, explaining that the tropical house-flavored beats “scream summer.”  He also released “First Time” with Ellie Goulding which charted at #1 on iTunes in 14 countries and debuted at #9 on the Billboard Hot Dance/Electronic Songs chart, and the music video has garnered over 47 million views (Click HERE to watch).  Earlier this month, Kygo released a five track EP entitled Stargazing which has amassed over 24 million streams and still growing.  His sophomore album Kids in Love will be available everywhere on November 3.

To Buy or Stream “Kids In Love”: http://smarturl.it/sKidsInLove