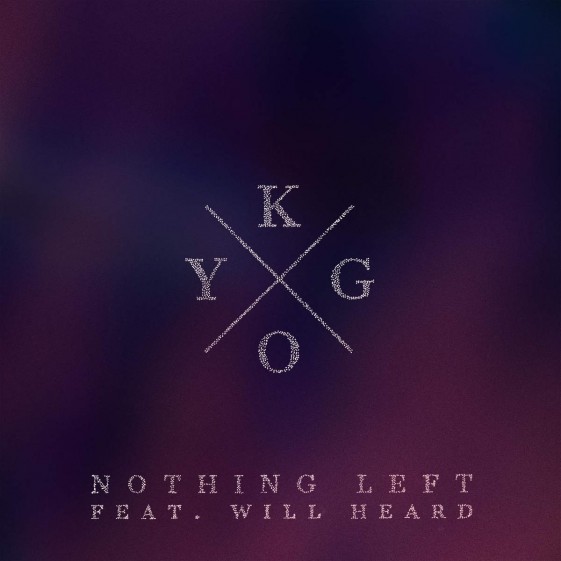 Uber and Kygo joined forces this Thursday, July 30, as the Norwegian superstar revealed and released his latest track, ‘Nothing Left’, LIVE on stage at a surprise show organized by Uber. Click here to watch the live Uber Periscope from the event.

Featuring singer/songwriter Will Heard on vocals, ‘Nothing Left’, was debuted to great fanfare at Emporium Arcade Bar after Kygo and Uber teamed up to create a one-off surprise for the city of Chicago.

Following the world premiere live on stage, ‘Nothing Left’ is now available for adoring fans to stream and buy now via Ultra/RCA Records.

To celebrate the brand new track, Chicagoans were able to unlock a special ‘KYGO’ vehicle icon in the Uber app on Thursday evening, giving lucky hopefuls the opportunity to request a car – free of charge – to transport them directly to the secret location to see Kygo perform. To ensure fans outside of Chicago didn’t miss out, a live stream of Kygo’s performance of ‘Nothing Left” was available simultaneously through Uber’s Periscope account.

“It’s awesome to be working with Uber for the release of my new track ’Nothing Left’, especially considering it is the first time they’ve ever collaborated with an artist in this particular way,” said Kygo. “The track got such an amazing reception when I played it for the first time in Chicago last night and I just hope everybody else is as happy with it as I am. Massive shout out to Uber for organising the impromptu gig and utilizing their Periscope account enabling my fans all over the world to share the moment with me!”

“We are thrilled to partner with Kygo to debut his single in a new and unprecedented way for fans around the world,” said Marshall Osborne, Head of Music Partnerships for Uber. “We were also pumped to offer Uber riders in Chicago the exclusive opportunity to hear the new track in person by attending a secret live performance by Kygo — all by simply requesting an Uber.”

The partnership between Kygo and Uber marks the first time ever Uber has teamed up with an artist to debut a worldwide single through a live performance. Thursday’s performance and release kicks off what is set to be a whirlwind weekend for the Scandinavian prodigy in Chicago. Following up on his secret show with Uber and a festival-closing slot on the Pepsi Stage at Lollapalooza on Sunday, 2 August, Kygo then heads over to headline the Official Aftershow at the Concord Music Hall on the very same night.