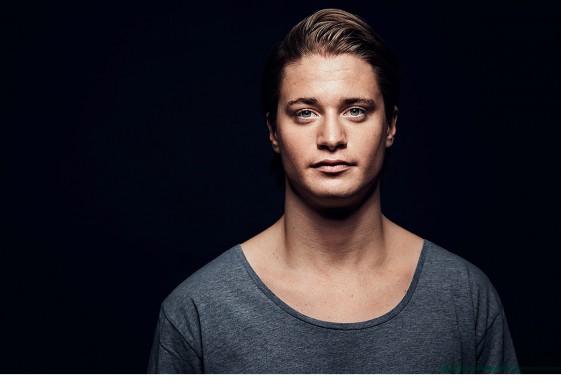 Spotify has announced today that Norwegian superstar and tropical house maven, Kygo, (Ultra Records / RCA Records) is the fastest artist of all time to reach one billion streams, achieving that feat in just 12 months. (As a comparison artists – such as Sam Smith and Ariana Grande – will typically take two years from the release of their debut single to reach 1 billion plays on Spotify).

Spotify previously announced, as part of its annual Year in Music announcement, that Kygo was its Breakout Artist of 2015, becoming the first Spotlight artist to reach one billion streams. The year-long Spotlight campaign has helped launch five singles, including “Firestone” which has 336m streams, and “Stole the Show” with 305m streams. Kygo has built up 50k followers to his Daylist Playlist, and 127k followers to Originals & Remixes.

Kygo is currently the 20th most-streamed artist on Spotify, and has 14 million monthly listeners on Spotify.

Says Kygo, “Reaching this milestone in such a short period of time is really incredible and I’d like to say thank you to each and every person who streamed one of my songs this past year. I’m so happy people have enjoyed listening to my tracks and I can’t wait to share my album with you all early next year.”

RCA Chairman & CEO Peter Edge states, “This is an incredible achievement for a truly special artist. Kygo is a global phenomenon and Spotify has been a fantastic partner in allowing him to share his music with the world. We are excited for what 2016 will bring for Kygo both in the United States and worldwide as he hits the road and continues to share his unique sound and vision with his devoted fans.”

Patrick Moxey, President & Founder, Ultra Music & President of Electronic Music, Sony Music says,”Kygo brings quality musicianship and songs as well as a magnificent feel for melody to Electronic music in an unparalleled way. As one of the most exciting new artists in the world, it comes as no surprise that Kygo is breaking records and barriers across the musical landscape.”

Toby Andrews, Head of Electronic Music Marketing, Sony Music International, states, “To reach this milestone faster than any other act in the world really just goes to prove the immense popularity of Kygo and the support his fans have for him. We knew when we signed him that he had a fanatical following, and we were really able to harness that with the support of Spotify as a global partner on the project. We’ve spent the past 18 months carefully developing Kygo as a worldwide brand and a forward-thinking artist and to cap off 2015 with this achievement sets a perfect stage for his debut album.”
Myles Shear, Owner, Golden Hare Management and Kygo’s manager says, “It is an absolute honor to have earned such an accomplishment on a platform that we were strangers to only one year ago. From the start, the Kygo project has tried pushing the boundaries within the online space, whether it’s been through blogs, or through streaming. We were always strong supporters of streaming from the beginning and it feels great to know that the users really liked it. We are all excited for what the next year has to bring and want to thank everyone for their support!”

Chris Stoneman, Senior Account Manager for Spotify says,  “For me, one key factor in Kygo being so successful on Spotify is down to the teams at Sony and Ultra totally embracing Spotify both as a partner and as a platform. We’ve collaborated closely to launch Kygo globally and build a strong and integrated fan engagement campaign, which has delivered this great success so far, and for the future.”