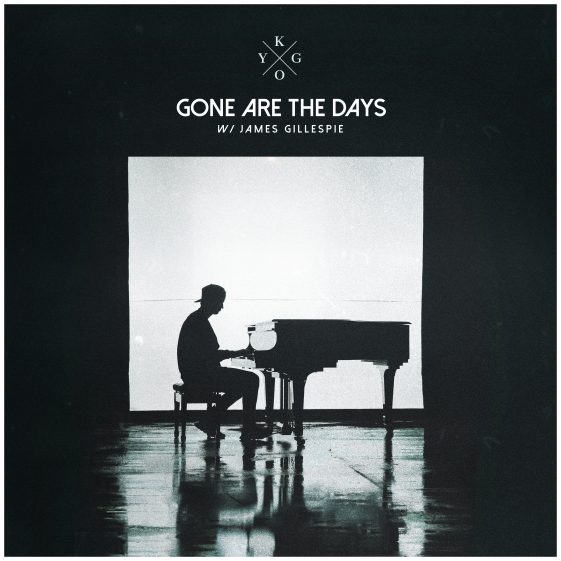 Global superstar, producer and DJ, Kyrre Gørvell-Dahll – a.k.a Kygo releases his new song “Gone Are The Days” ft. James Gillespie. “Gone Are The Days,” out now via RCA Records, is Kygo’s first new track release in 2021 and comes alongside a beautiful piano version. Listen HERE.

Earlier this year Kygo performed a breathtaking set which was livestreamed on Moment House. Filmed on a snow-capped mountain top in the Sunnmore Alps in his home country of Norway, the one-of-a-kind virtual experience allowed audiences around the world to watch the global superstar deliver a career-spanning set amidst a breathtaking environment unlike anywhere they’ve seen him perform before.

2020 was a massive year for Kygo. He released a remix of Donna Summer’s Grammy Award winning, platinum, #1 song “Hot Stuff” as well as a remix of Tina Turner’s “What’s Love Got To Do With It” to rave reviews. He also released his critically acclaimed third full-length album Golden Hour which features his hit single “Lose Somebody” with OneRepublic as well as “Higher Love” with Whitney Houston, the latter of which has garnered over 1.1 billion streams worldwide and charted at Top 40 radio.

With over 100 MILLION streams worldwide, James Gillespie emerges as one of the most quietly explosive artists in the UK. After performing with P!NK he went on to sell out his European tour and is set to tour the U.S this fall.

Whether behind the piano in his studio or headlining a sold-out festival, Kygo quietly reaffirms his status as a prodigious talent, forward-thinking producer, dynamic DJ, and influential global superstar. The Norwegian musician born Kyrre Gørvell-Dahll first introduced himself in 2013 and quietly became one of the most ubiquitous hitmakers in the world. Amassing 15 billion cumulative global audio and video streams by 2021, he has broken numerous streaming records. Kygo earned one of his biggest hits with the multiplatinum “It Ain’t Me” [feat. Selena Gomez], going Top 10 of the Billboard Hot 100 and clocking over 2.5 billion streams worldwide. In 2019, Kygo unleashed “Higher Love” with Whitney Houston and generated another 1.1 billion combined streams/views worldwide and peaked at #1 on Dance Radio in addition to leaving his imprint on a classic. He heralded his 2020 critically acclaimed third full-length album Golden Hour [Sony Music International/Ultra Records/RCA Records] with the anthems “Like It Is” [with Zara Larsson & Tyga], “Lose Somebody” [with OneRepublic] and “I’ll Wait” [with Sasha Sloan]. The album has garnered over 1.7 billion streams worldwide. Following Golden Hour, Kygo most recently released his remix of Tina Turner’s “What’s Love Got To Do With It” and Donna Summer’s “Hot Stuff” to rave reviews.