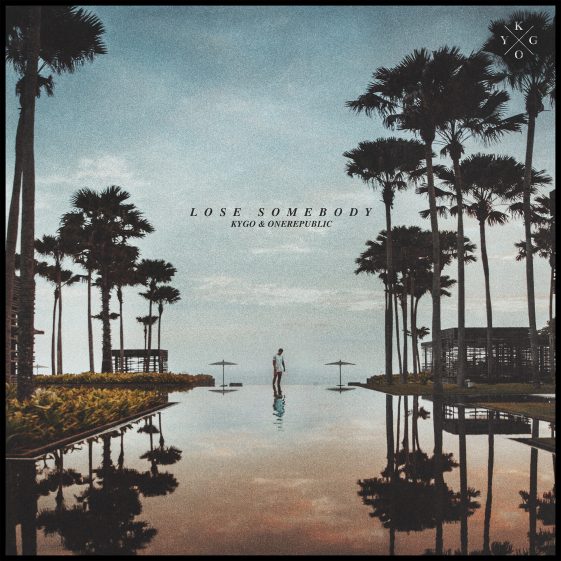 May 15, 2020 – Global superstar, producer and DJ, Kyrre Gørvell-Dahll – a.k.a Kygo, releases “Lose Somebody” with OneRepublic today. Click HERE to listen. The track will be featured on Kygo’s upcoming third album Golden Hour out May 29 via Sony Music International/Ultra Records/RCA Records.

“Lose Somebody” with OneRepublic is the fifth release from Golden Hour following “Freedom” with Zak Abel, “I’ll Wait” with Sasha Sloan, “Like It Is” with Zara Larsson and Tyga and “Higher Love” with Whitney Houston.

“Higher Love” has more than 651 million audio and video streams combined and charted at Top 40 radio. It is a cover of the 1986 Steve Winwood classic. The Whitney Houston estate presented Kygo with the archival recording of Whitney’s version, which was previously released as a Japan-only bonus track on her I’m Your Baby Tonight physical album in 1990. Upon hearing the Whitney track, Kygo raced into the studio, thrilled to be given the opportunity to make music with one of the greatest female vocalists of all time. “Higher Love” was written by Steve Winwood, Will Jennings and produced by Kyrre Gørvell-Dahll and Narada Michael Walden.

Whether behind the piano in his studio or headlining a sold-out festival, Kygo quietly reaffirms his status as a prodigious talent, forward-thinking producer, dynamic DJ, and influential global superstar. The Norwegian musician born Kyrre Gørvell-Dahll first introduced himself in 2013 and quietly became one of the most ubiquitous hitmakers in the world. Amassing 15 billion cumulative global audio and video streams and 3.3 billion YouTube views by 2020, he has broken numerous streaming records. He emerged as Spotify’s “Breakout Artist of 2015” powered by “Firestone” [feat Conrad Sewell] and “Stole the Show” [feat. Parson James]—certified gold or platinum in sixteen countries. These smashes cemented him as “the fastest artist to reach 1 billion streams on Spotify.” In the wake of his chart-topping 2016 full-length debut Cloud Nine, he delivered memorable performances on The Late Late Show with James Corden, Good Morning America, The Tonight Show Starring Jimmy Fallon, and The Ellen DeGeneres Show. Plus, he notably performed “Carry Me” during the Closing Ceremony of the Rio Olympics.

In 2017, he earned one of his biggest hits with the multiplatinum “It Ain’t Me” [feat. Selena Gomez], going Top 10 of the Billboard Hot 100 and clocking nearly 1 billion Spotify streams. He maintained his momentum on the Stargazing EP and second album, Kids In Love. The ensuing Kids In Love Tour canvased four continents and sold out arenas. He ignited “Remind Me To Forget” [feat. Miguel] with 812 million total combined streams and views. Other collaborations include mega-hits with U2, Imagine Dragons, The Chainsmokers, Ellie Goulding, Rita Ora, and Chelsea Cutler. He has received acclaim from Rolling Stone, Billboard, and more.

In 2019, Kygo unleashed “Higher Love” with Whitney Houston and generated another 1 billion combined streams and views in addition to leaving his imprint on a classic. He heralded his 2020 third full-length album Golden Hour [Sony Music International/Ultra Records/RCA Records] with the anthems “Like It Is” [with Zara Larsson & Tyga] and “I’ll Wait” [with Sasha Sloan]. Now, Golden Hour signals Kygo’s brightest moment yet.

Grammy nominated OneRepublic, is comprised of singer/songwriter and lead vocalist Ryan Tedder, guitarists Zach Filkins and Drew Brown, bassist and cellist Brent Kutzle, and drummer Eddie Fisher. The band released their debut set Dreaming Out Loud in 2007. The release included the multi-platinum-selling smash single “Apologize,” which shattered digital sales and airplay records worldwide and received a Grammy Award nomination. The band’s sophomore album, 2009’s Waking Up, produced the hit singles “All the Right Moves,” “Secrets” and “Good Life.” The certified-platinum album Native followed in 2013, featuring the No. 1 hit and 33 million plus-selling single “Counting Stars,” along with a worldwide tour. OneRepublic released Oh My My, their fourth full-length album in 2016. During the spring of 2019, the band released “Start Again ft. Logic,” a song featured on the soundtrack for the Netflix drama 13 Reasons and “Connection” which was part of FCA’s Summer of Jeep campaign. OneRepublic has amassed 5B streams on Spotify to date. OneRepublic’s new singles, “Rescue Me,” “Somebody To Love”, “Wanted”, “Didn’t I”, and “Better Days” from their upcoming album, Human, are out now.