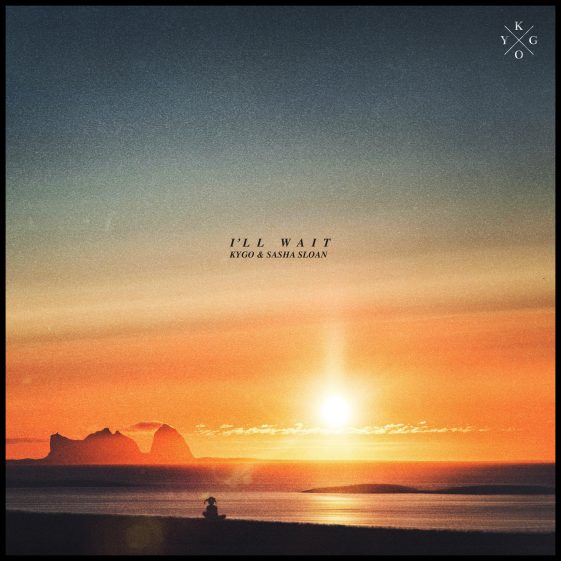 The collaboration reunites Kygo and Sloan who previously worked together on “This Town” for Kygo’s Stargazing EP in 2017.

“I’ll Wait” follows the release of Kygo’s single “Like It Is” ft. Tyga and Zara Larsson and Kygo’s “Higher Love” with Whitney Houston, the latter of which has more than 651 million audio and video streams combined and charted at Top 40 radio. “Higher Love” is a cover of the 1986 Steve Winwood classic. The Whitney Houston estate presented Kygo with the archival recording of Whitney’s version, which was previously released as a Japan-only bonus track on her I’m Your Baby Tonight physical album in 1990. Upon hearing the Whitney track, Kygo raced into the studio, thrilled to be given the opportunity to make music with one of the greatest female vocalists of all time. “Higher Love” was written by Steve Winwood, Will Jennings and produced by Kyrre Gørvell-Dahll and Narada Michael Walden.

After emerging in 2017 and appearing on a handful of high-profile collaborations, Sasha Sloan released her debut single “Ready Yet,” which has amassed 30 million streams on Spotify alone. Since then, she has established herself as a true wordsmith, an artist’s artist, who crafts potent melodies filled with poignant lyrics. As a writer Sasha has amassed over 3.5 billion streams. In 2018 Sasha released her first two EPs, Sad Girl and Loser. Her track “Normal” has been heralded by Billboard as a “catchy introvert anthem.”  These emotionally-rich, left-of-center pop releases lead to her late night debut on The Late Show with Stephen Colbert in 2019 with a performance of “Older.” That year, Sasha completed her first North American and European headline tours (sold out) and released her 3rd and final EP Self Portrait, which had her single “Dancing With Your Ghost” as Idolator’s 6th “75 Best Pop Songs Of 2019.” Sasha’s three EP’s have garnered over 200 million streams. She’s excited to hit the road this fall on her “let’s get sad” tour Part 2 in North America which includes her first performances at Coachella.