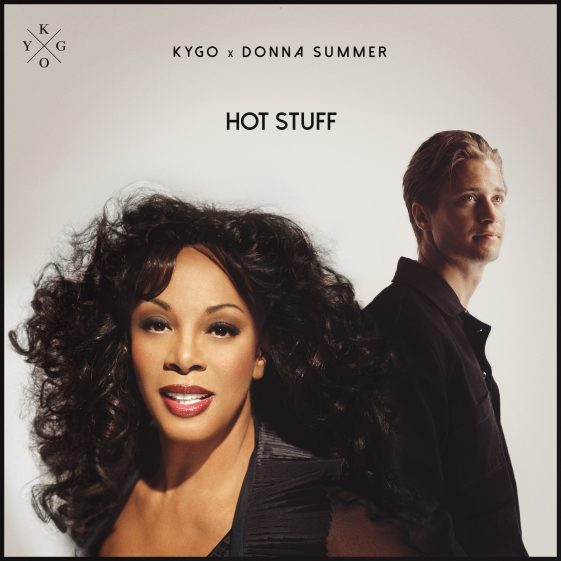 Global superstar, producer and DJ, Kyrre Gørvell-Dahll – a.k.a Kygo releases a brand new remix of Donna Summer’s Grammy Award winning, platinum, #1 song “Hot Stuff” today via Sony Music International/Ultra Records/RCA Records. The original track was produced by Pete Bellotte and Giorgio Moroder and was ranked as one of Rolling Stone’s 500 Greatest Songs of All Time and was the lead single from Donna Summer’s album ‘Bad Girls’. Summer won the Grammy Award for Best Female Rock Vocal Performance in the inaugural year the award was given out for “Hot Stuff”.

“Hot Stuff” comes alongside a brand new video produced by Lighthouse Films, directed by Bo Webb and shot by Brad Walker, starring Chase Stokes and Madelyn Cline who are best known as John B and Sarah Cameron from Netflix’s Outer Banks.

Says Kygo, “Donna Summer is one of my favorite artists of all time. Her catalogue of music is brilliant and her vocals are unmatched. I am honored and humbled to get to work on an iconic track like “Hot Stuff”. This has always been one of those songs that instantly puts me in a good mood and I hope that this version can continue to bring joy and happiness to people who want to celebrate the legendary Donna Summer.”

It’s been a big summer for Kygo who recently released his remix of Tina Turner’s “What’s Love Got To Do With It” to rave reviews as well as his critically acclaimed third full-length album Golden Hour  which features his hit single  “Lose Somebody” with OneRepublic as well as “Higher Love” with Whitney Houston, the latter of which has more than 651 million audio and video streams combined and charted at Top 40 radio. Kygo kicked off his album release day with performances of “Lose Somebody” with OneRepublic and “The Truth” with Valerie Broussard on Good Morning America’s Summer Concert Series and will be performing on NBC’s The Tonight Show with Jimmy Fallon with OneRepublic on July 22nd.