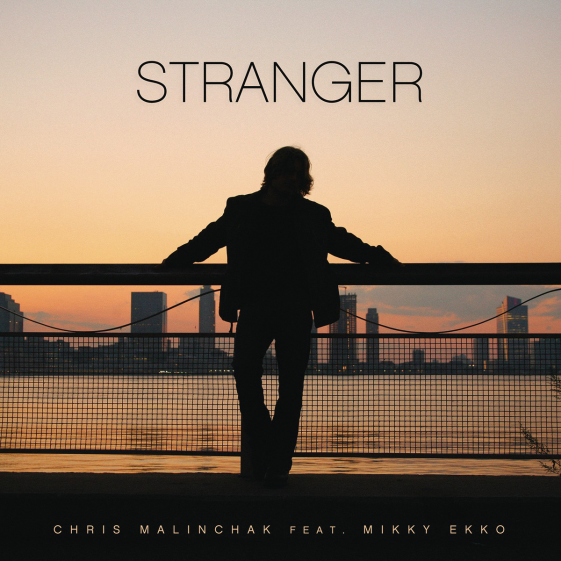 Upon its BBC premiere “Stranger” topped the Hypemachine chart to rave reviews: Pigeons & Planes declared “Chris Malinchak makes summer anthems and called “Stranger” his 2014 entry for “song of the summer;” Earmilk added “back with another huge single, New York based producer Chris Malinchak teams up with singer Mikky Ekko for a funky little disco pop gem;” and the UK Guardian raved “’Stranger’ pushes pop’s current disco obsession through a Pharrell-esque filter, with Ekko’s deliriously carefree vocals…weaving in and out of a chunky bassline and an overall sense of sun-dappled delirium.”

“Stranger” follows the phenomenal success of Malinchak’s recent singles “If U Got It” and the UK No.2 hit “So Good To Me,” the latter topping 25 million views on YouTube, dominating the dance floor and radio, and moving Adele to describe it as “beautiful.” Written while working at a gas station, alongside another part time job “dropping things off for a pharmacy”, “So Good To Me” came to Malinchak through the perks of the jobs downtime. As he explains, “I find myself writing all the time…depending on the occasion I may be more or less conscious of it. Pumping gas was great! I would write, my mind would wander, I was outside, cool people came thru I was friends with.”

Malinchak established his foundations in music from an early age, studying classical piano from the age of 3, before going on to explore jazz and composition through elementary and middle school, constructing music first on computers and then playing with bands across New York in high school. His first break came in 2009 when approached by Leon Oziel, a Toronto DJ-producer. Oziel wrote a successful blog, French Express, and had been among the first to discover and publicize the likes of Azari & III (and, later, Disclosure). He formed the successful French Express record label, moved to Dallas, and built up a stable of smart house-tinted producers such as Jonas Rathsman, Isaac Tichauer and Malinchak.

Immediacy is synonymous with Malinchak, who has always shared songs online as soon as they are finished. “I love that moment when I put up a new song, knowing it’s about to be heard for the first time,” he expresses. With this, Malinchak is expected to take his music on the road for full live shows later this year. “I’m doing all of this because I love making music and sharing what I make.” Malinchak adds, “I’ve never looked to ‘push’ anything, but I’m always looking to share with more people.” If anything it’s the ‘pull’ factor that Malinchak is experiencing, and one that ‘Stranger’ and his upcoming live shows will accentuate.