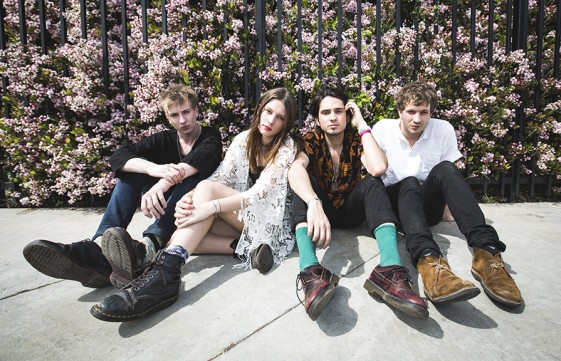 While you wait for Wolf Alice to drop their debut album, My Love Is Cool (out stateside on 6/23), give their song “Bros” a spin on NPR Music here! Pre-order My Love Is Cool now on iTunes and Amazon.

London four-piece, Wolf Alice, buddied up with NPR today to premiere their track “Bros” after its initial launch as Huw Stephens’ (BBC Radio 1) Hottest Record a little earlier today! PRESS HERE to listen to the band’s blushingly sweet rock song now. “Bros” is the latest offering from the group’s debut album My Love Is Cool to be released on June 23rd via Dirty Hit/RCA Records.

Wolf Alice crashed through cities in Europe and the U.S. including a hard and fast stint at this year’s SXSW “playing with grunge’s fierceness songs that have the efficiency and structural integrity of pop” (Wall Street Journal). They left a path of destruction in their wake – apologizing for the mess they’ve made, hoping they’ll be invited back next time. The band will indeed return again at the end of the month to play a slew of North American dates kicking it off at Higher Ground in Burlington, VT – see below for full tour listing as well as the album’s track listing and gilded cover image.