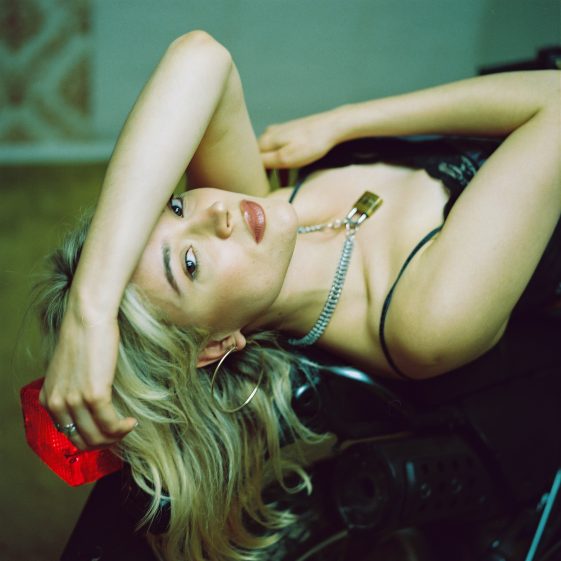 “quietly incandescent hybrid pop….superb vocals, lit with both melancholy and playfulness” – THE FADER

“Since 2017, the French-Algerian R&B singer has been thriving…2019 is going to be her official global takeover.” – HIGH SNOBIETY

“A ‘chill, emotional, sexy, fun’ popstar to get excited about” – i-D

Zouaï has not stopped hustling since the time she stepped onto the scene in 2017. From selling out shows across 5 countries as an indie artist to opening for Alina Baraz on a sold out North American tour and modeling in the S/S 19 Tommy Jeans campaign, to winning a Grammy for her work on the debut album from H.E.R. and releasing her own music along the way, including a collaboration with Blood Orange and accompanying music video, her ascent has been fast and studded with major milestones that many only dream of. Lolo has received early critical praise from The FADER, High Snobiety, Complex, Harper’s Bazaar, Vogue, V Magazine, MTV, i-D, Wonderland and more, recognizing her as a young force to reckon with in 2019!

On April 19th, Lolo will partner with RCA Records to release her debut album, High Highs to Low Lows (Keep It On the Lolo / RCA Records), produced by her chief collaborator Stelios, the man behind most of Lolo’s releases to date as well as the recent Young Thug and Elton John collaboration “High.”

In anticipation of the impending 12-song debut, Lolo has released her new single “Ride” and accompanying modern noir visual. Lolo puts a feminist spin on a classic tale of lust and power and the result is a song equally influenced by classic R&B, Rai music and Bay Area hip-hop, with an iconic video that could have easily been in heavy rotation in the late 90s MTV golden era of mainstream pop.

While Lolo has been making music since her teenage years, she’s grown a passionate, organic fanbase – known as The Loriders – over the last two years, with over 20 million streams across Youtube and Spotify. Lolo’s unique sound resonates deeply with her fans by tapping into a wide spectrum of emotions while still maintaining the pop and dance elements that turn her songs into self-proclaimed “bittersweet bangers”. It’s no surprise that her music is so multi-faceted considering Lolo’s multicultural upbringing. Though she grew up in the Bay area and now lives in NYC, her French-Algerian roots blend seamlessly as she subtly flips between singing in English and French.

In support of her debut, Lolo will headline a 22-date North American tour, starting on Thursday, April 25th in Boston, winding across coasts and ending in Montreal on May 25th, with support from Chicago’s Jean Deaux. See below for a full list of tour dates, stream “Ride” and pre-save High Highs to Low Lows now, with more Lolo news to be announced soon!

WATCH THE VIDEO FOR “HIGH HIGH TO LOW LOWS”

WATCH THE VIDEO FOR “LOSE MYSELF”