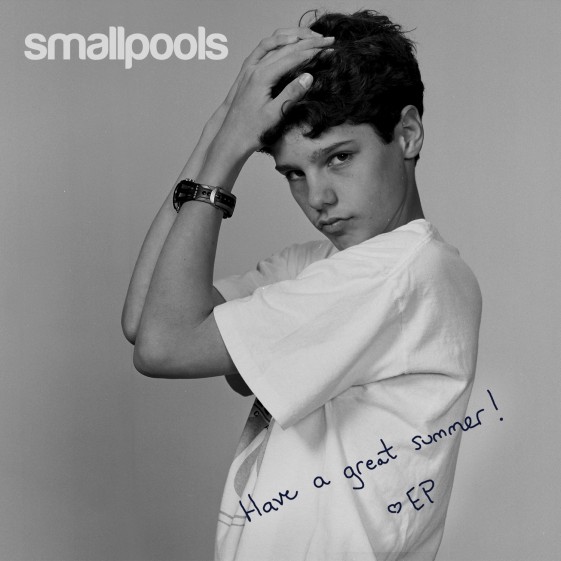 Today, Los Angeles’ Smallpools announce their 4-song self-titled debut EP release on July 16th via RCA Records. In honor of the news, the band decided to share a brand new “Dreaming” remix by The Chainsmokers HERE, and last week NYLON Magazine premiered the Charli XCX vs Twin Idol Remix of “Dreaming”. The band will reveal another brand new EP track before the start of their first tour.

The four-piece outfit founded in Los Angeles with ties to New York, New Jersey and Oregon. Last week Smallpools announced their first ever live shows, a tour with Australia’s San Cisco that will take them from the East Coast to Canada, through the Mid West and San Francisco and ends in Los Angeles. The brand new band consists of Sean (vocals/keys), Mike (guitar), Joe (bass) and Beau (drums).

Their first single “Dreaming” was produced by Captain Cuts. The song instantly shot to #1 of Hype Machine within the first 3 days of revealing. You can hear “Dreaming” HERE. The band explains the song: “In contrast to the upbeat vibe of the music, the song talks about a moment where everything goes wrong in a situation where you thought you had it all figured out. A moment we’ve all experienced to some degree, but most often if we’re lucky, in a dream where we get to wake up in a sweat and say, “Phewf, ok, that wasn’t real.”

“”Dreaming” is alt radio gold with extreme crossover potential, the kind of song that only comes along a few times a year, and rarely on a debut single.” – Neon Gold