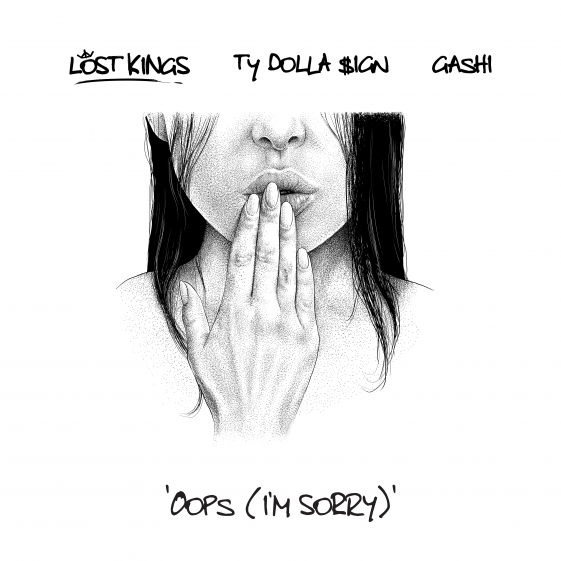 “Ty and GASHI were two artists that we’ve wanted to work with for a long time,” says Lost Kings.  “We’re huge fans of their work. Literally everything Ty puts out is 🔥. To do something with him had been on our list for a long time. And we just love GASHI and the energy he brings to everything he does. We couldn’t have asked for a better pairing on “Oops”.

Last month, the guys released “Hurt” which features DeathbyRomy’s powerful rich vocals and will also be featured on the upcoming EP.

Born in Libya, GASHI spent much of his young life as a refugee, moving from country to country.  His family eventually settled in Brooklyn, NY, where he was introduced to music at a very young age.  GASHI absorbed a melting pot of musical influences throughout his youth, resulting in the formation of his own unique sonic palette that blends together different genres of music.  His dynamic sound has allowed GASHI to collaborate with a wide range of talents ranging from Chris Brown to Travis Scott.  In the last couple of years, he released two studio albums album, sold out venues all across the globe, and has accumulated over 550 million streams with over 100 million video views worldwide.  Most recently Gashi released his sophomore album 1984 which features his current single, “Mama” ft. 17-Grammy Award winner Sting. The two just performed the track on The Tonight Show Starring Jimmy Fallon.