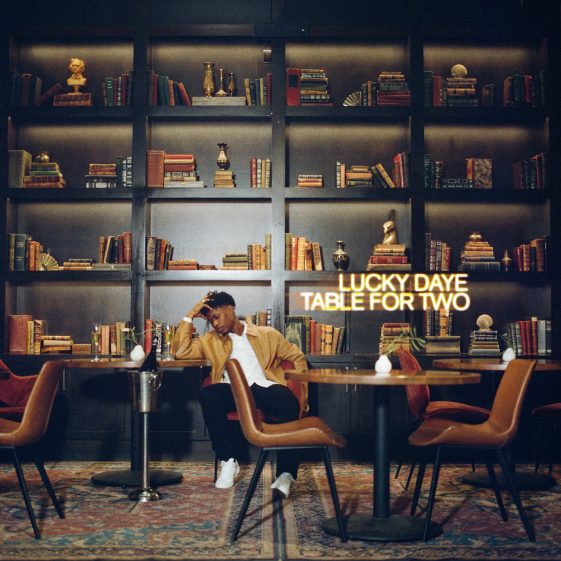 How Much Can The Heart Take feat. YEBBA

On Read with Tiana Major9

Grammy-nominated singer-songwriter Lucky Daye shares his latest EP, Table For Two, out now on Keep Cool/RCA Records. The EP follows his 2019 highly acclaimed debut album, Painted and comes off the heels of standout new single “On Read” with Grammy-nominated East London prodigy Tiana Major9. The release, timed perfectly for Valentine’s Day, features powerful contributions from Ari Lennox, YEBBA, Mahalia, Queen Naija, and Joyce Wrice making this a mandatory listen for any and all music lovers across eras and genres.

Early on in life, Lucky Daye discovered his love of music and natural gift for singing and songwriting in the musical melting pot that is New Orleans, where he was born. Ultimately Lucky knew he wanted to pursue music as a career so he moved to Atlanta for a brief stint and eventually ventured to Los Angeles to pursue his dream. He was shortly thereafter picked up by Keep Cool under RCA Records, where he recorded his 2019 breakthrough hit “Roll Some Mo” which has aggregated over 60 million streams worldwide. Earning first ever GRAMMY nominations that same year, Lucky Daye raked in a grand total of four nominations for Best R&B Song, Best R&B Performance, Best Traditional R&B Performance and Best R&B Album. This widespread acclaim also came in from his selective feature choices with KAYTRANADA, Buddy, SG Lewis, Big Freedia, Kehlani, Kiana Lede, Babyface, Victoria Monet, and more. His critically acclaimed work has received unanimous praise from Rolling Stone, NPR,Noisey, Billboard, The FADER, and Daye has found himself in 2021 with his dreams being manifested.

“…an R&B hybrid that is as traditional as it is uniquely his own.” – The New Yorker

“…Far ahead of his competition in the genre. Daye’s forlorn vocal manipulation has drawn comparison to Frank Ocean, but his versatility and strategic fusions of funk and jazz nod to how he might set himself apart…”– NPR

“The most exciting new voice in the R&B revival…” – Noisey

“….crafting a vibrant take on R&B with live instrumentation and dynamic melodies.” – Pigeons and Planes

“Lucky Daye can do it all. The versatility of his music makes him hard to box in one genre [and] shows elements of his skillfulness with songs full of strings, funk and tempo.” – HYPEBEAST

LISTEN TO TABLE FOR TWO EP