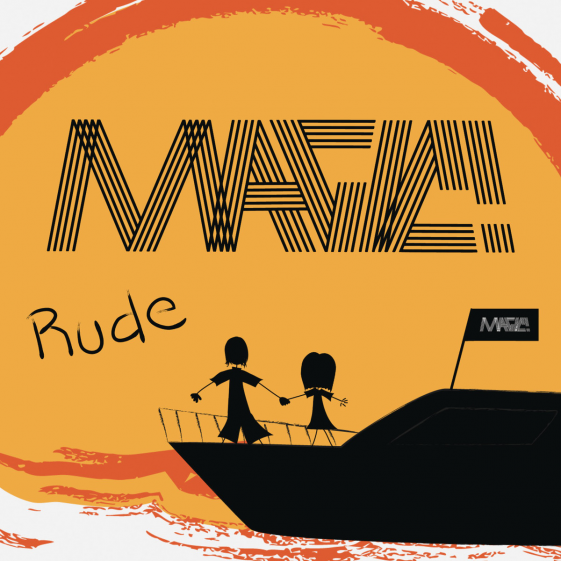 For Immediate Release – August 11, 2014 – Fresh off their performance at the 2014 Teen Choice Awards last night, MAGIC!’s “Rude” continues its domination on the Billboard Hot 100 at #1 for the fourth consecutive week. Additionally the infectious first single is certified platinum in the US with over 2.2 million downloads, is #1 on Billboard’s Radio Songs and Pop Songs chart, is the most Shazamed song of the summer in the US (currently at #2 on US Shazam chart), and has over 67.5 million views for the official music video. At radio, the song continues to crush the charts topping at #1 on Top 40 and HAC charts.

Overseas, “Rude” continues to gain major traction, hitting #1 in the UK and achieving 4x Platinum status in Australia, Double Platinum in Canada and Platinum in New Zealand totaling over 3 million in sales worldwide.

Also announced this morning, MAGIC! is confirmed to perform on Good Morning America’s Summer Concert Series on August 22nd. The concert occurs at Rumsey Playfield in Central Park, home of the SummerStage festival, where music’s biggest names perform live every Friday. All concerts are free to the public and take place live during “Good Morning America,” Fridays from 7:00 – 9:00 a.m. ET. The entrance is at 5th Avenue and 72nd Street.

Don’t Kill The Magic! is MAGIC!’s major label debut album for the Toronto born, Los Angeles based quartet. USA Today made MAGIC! one of their On The Verge Artists and said that the album’s “musicianship and a charming, lyrical civility make it stand out,” while Yahoo Music stated, “Their instrumentation falls right into place with a fun, ska groove reminiscent of Sting’s classic ’80s material… but it’s also perfect for summer 2014.” Rolling Stone also called the album, “a shiny collection of breezy pop tunes often accented by laidback reggae rhythms, especially on song-of-the-summer contender “Rude.” The band continues to garner national recognition with features in Entertainment Weekly, Rolling Stone, Los Angeles Times and USA Today.

MAGIC! distills a gentle Caribbean flavor with arena-size bombast sound that is driven by its expansive approach to songwriting and a strong musical chemistry. Nasri (lead singer) and Mark Pelli (guitar) deliver elements of reggae with a pop and rock vibe; while Ben Spivak (bass) and Alex Tanas (drums) inject the rock attitude to create an intoxicating musical experience.

Additionally MAGIC! is featured on Shakira’s latest self-titled release with “Cut Me Deep” and will open the summer with a song on the official One Love, One Rhythm: The Official 2014 FIFA World Cup™ compilation titled “This is Our Time (Agora é a nossa hora).”