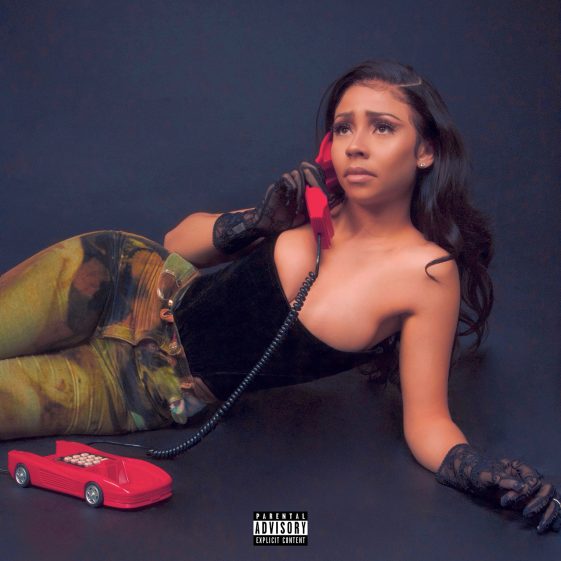 [New York, NY – May 22, 2020] Atlanta R&B singer/songwriter Mariah the Scientist teased new music today with the release of her first 2020 single, “RIP,” via RCA Records. An ethereal slow-drip ballad about finding a way to end the pain of never feeling enough for someone else, “RIP” samples “Apple Orchard” by Beach House and is the first new music from Mariah since the release of her critically acclaimed debut album, Master.

Mariah the Scientist is the epitome of a modern day female icon: fearless, feminine and with an uncanny ability to craft songs that speak to many women’s stories but uniquely from Mariah’s vantage point. Though it might seem like the obvious female counter to a famous Creator in music, the now 22 year-old actually got her name while studying biology at St. John’s University in Queens, New York where she was studying to be an anesthesiologist. When pursuing a career in music became a strong reality, MtS dropped out of school and moved back to Atlanta, to hone her craft and become self-sufficient in her creative process. Her music eventually caught the attention of Tory Lanez, who after hearing her first project To Die For, offered her musical mentorship. After briefly touring with Lanez, Mariah signed with RCA Records for her second project Master, which has been streamed almost 10M times to date.

A wry, deeply personal collection of self-reflective ballads layered with sparse, cinematic instrumentals, Master was born from a series of heartbreaks and emotionally turbulent times. After the release of the project’s first single “Beetlejuice”, a tale of love-gone-wrong, Pitchfork proclaimed Mariah the Scientist a “major new voice in R&B and she gained early press attention from Complex, Paper, Nylon and more. Master, as Mariah describes it, carries a deep personal connection present throughout all her musical projects: “The idea of love and who I was with – they’ve become my master of some sort, directly or indirectly, when I should’ve just been myself. Now that I can acknowledge that, I can be my own master.” Master celebrates a one year anniversary in August 2020 and fans can expect that Mariah will return throughout the summer to celebrate that date with new music and more.

WATCH THE VIDEO FOR “BEETLEJUICE”

WATCH THE VIDEO FOR “REMINDERS”