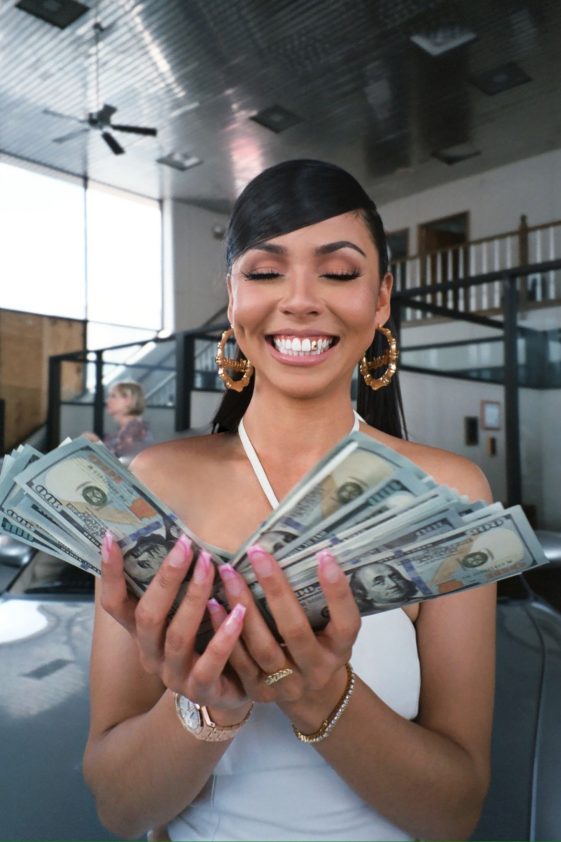 [New York, NY – July 30, 2020] Atlanta-based R&B singer/songwriter Mariah the Scientist has released her second new single of 2020, “Always n Forever” feat. Lil Baby. The track is an iconic love song about loyalty and commitment that showcases Mariah’s lush vocals and incredible songwriting. Accompanying the new track is an official video co-directed by Mariah The Scientist and Kid Studio that kicks off as a party in the parking lot of Atlanta’s most notorious strip club Magic City and takes a fortuitous turn after Mariah and her girls buy a winning lotto ticket.

Earlier this year, Mariah alluded to new music with the release of “RIP”, an ethereal slow-drip ballad about finding a way to end the pain of never feeling enough for someone else. “RIP” was named one of the 15 best R&B songs of spring 2020 by VICE and shown early adoration from Pitchfork, Stereogum, Hot New Hip Hop and more. “RIP” marked the first new release since Mariah’s critically praised opus Master, her debut project through RCA Records. A wry and profoundly personal collection of self-reflective ballads layered with sparse, cinematic instrumentals, Master, which has resulted in over 10M streams to date, was born from a series of heartbreaks and emotionally turbulent times. Following the first single “Beetlejuice”, a tale of love-gone-wrong, Pitchfork proclaimed Mariah the Scientist a “major new voice in R&B.” She gained even more momentum with her video for “Reminders” and press praise from Complex, Paper, Nylon, and more. Master celebrates a one year anniversary next month and fans can expect new music and more around that date.

Mariah the Scientist embodies modern R&B through her fearlessness and unapologetic femininity. Her songwriting is rooted in vulnerability and honesty, which creates a unique perspective that listeners can connect with, showcasing the 22-year-old’s sleek lyricism within narratives of romance, love, and femininity. Mariah The Scientist’s name was derived while she was in pursuit of becoming an anesthesiologist and studying biology at St. John’s University in Queens, NY. As her music career began to take off, Mariah dropped out of school and moved back to Atlanta to focus on her musical craft. Her bold move has continued to pay off and fans will get to see all of that unfold as Mariah The Scientist readies for a game-changing return.