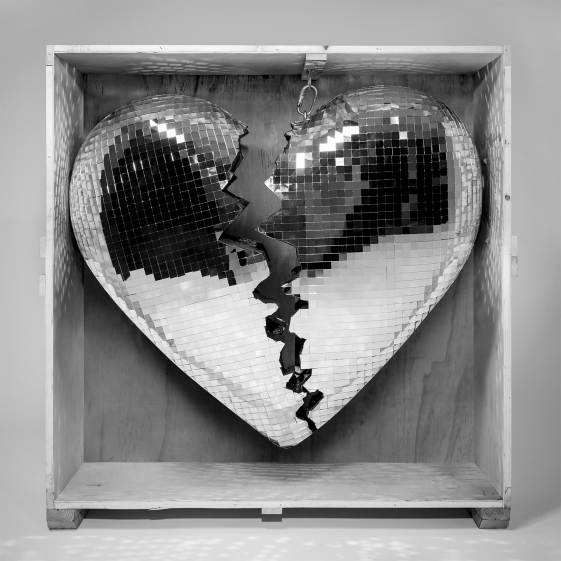 “Don’t Leave Me Lonely” showcases YEBBA’s powerhouse voice and is one of three songs in a suite where YEBBA is featured on Late Night Feelings.

Mark has described this album as a collection of “sad bangers,” and the new track, like much of the album, is emotionally complex and personal.

“Don’t Leave Me Lonely” comes on the heels of the title track, “Late Night Feelings” which has over 12 million streams and debuted to rave reviews, with Consequence of Sound calling it a “scorching contender for this year’s “Song of the Summer” and The Fader adding that “The song grabs ahold of the duo’s primal moonlit urges and spins ’em into disco oblivion.”  The premiere single from the album was 2018’s global smash “Nothing Breaks Like A Heart” feat. Miley Cyrus, the platinum certified track that has garnered 332 million streams worldwide and over 100 million video views.

Ronson spent the first eight years of his life growing up in London, England before moving with his family to New York City.  Already a keen student of music, and a huge fan of hip hop, he was 16 when he first began creating mixtapes and trying his hand at DJing. That early passion set him on a path to music production, recording and songwriting that has resulted in a career highlighted by work on a multi Grammy-winning album by Amy Winehouse, as well as his own Grammy-winning, global smash hit with Bruno Mars, “Uptown Funk.”  Along with releasing four successful albums under his own name, his resume includes production work for some of music’s biggest names, including Adele, Paul McCartney, Duran Duran and Lily Allen. More recently, he helmed Lady Gaga’s acclaimed fifth album, Joanne and Queens Of The Stone Age’s lauded Villains.  In 2018 he released a string of singles with Diplo under the name Silk City, including the current world wide hit “Electricity” with Dua Lipa, which earned him a Grammy Award for “Best Dance Recording” in 2019.

Most recently Mark collaborated with Miley Cyrus on the hit song, “Nothing Breaks Like A Heart,” and Lykke Li on “Late Night Feelings” from his upcoming fifth studio album Late Night Feelings set for release June 21st.

YEBBA is a 24-year-old singer, songwriter and arranger. She grew up singing and listening to gospel music, as well as arranging and music directing choirs in her hometown of West Memphis, Arkansas. YEBBA released her video for “My Mind” in 2016. Soon after, she moved to New York City, and released her first single “Evergreen,” instantly captivating a passionate fan base leading to support and collaborations, including her 2019 Grammy-winning performance with PJ Morton on “How Deep Is Your Love.” This collaboration resulted in her first GRAMMY award for Best Traditional R&B Performance.

YEBBA has performed and recorded with Sam Smith, Chance The Rapper, Mumford and Sons, Tribe Called Quest, and Ed Sheeran.

She is currently in the studio working on her debut album.