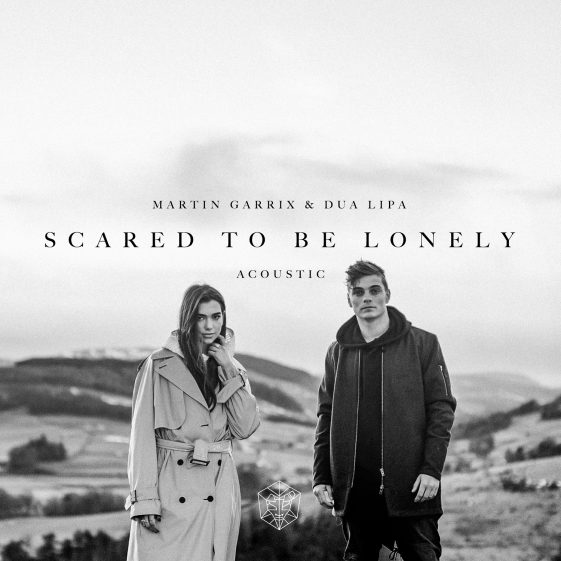 SINGLE HAS OVER 300 MILLION STREAMS WORLDWIDE

[New York, NY – April 7, 2017] Dutch wunderkind, producer/DJ Martin Garrix and rising pop star Dua Lipa release today “Scared To Be Lonely (Acoustic Version)” with an accompanying video, which is available now at all digital service providers. The track and video premiered earlier today on The FADER who raves, “…an emotional track with a heavy beat that you’ll probably hear a lot this summer. The pair have reunited for an acoustic version of the track… Think gorgeous string section instead of floating poolside.” Click here to watch.

With over 300 million streams to date, the superb songwriting of the original gets a chance to shine in all its glory in this stripped back version, as does Dua Lipa’s powerful yet controlled delivery, soaring over a rousing string section and dulcet piano chords while Martin Garrix brings the song to life on guitar.

The track and beautiful accompanying video were recorded at the prestigious AIR Studios in London, a converted church where the likes of Adele, Coldplay, The xx and Paul McCartney have all recorded.

Dua Lipa’s album, due out June 2nd, is one of the most highly anticipated releases of the year, earning places on TIME‘s “20 Albums to Watch,” Billboard‘s “2017 Music Preview: 40 Most Anticipated Albums,” Entertainment Weekly’s “Breaking Big: 10 Artists Who Will Rule 2017,” and InStyle‘s “11 Albums We Can’t Wait to Hear in 2017.” With over 3.4 million global sales, Dua’s singles have rapidly established her as a rising star —”Be the One” reached the Top Ten in a dozen European territories, “Hotter Than Hell” hit the Top Twenty in the UK, and “Blow Your Mind (Mwah)” climbed into the top 25 on Billboard’s Pop Songs Chart in the US. In addition to nominations for awards by the BBC and MTV Europe, she was a finalist for the prestigious “Critics’ Choice” prize at the BRIT Awards and won “Best New Artist” at the NME Awards. Dua’s electric live shows – from Lollapalooza and SXSW, to Glastonbury and Wireless Festival in the UK, and her recent US debut tour, have mesmerized audiences around the world and gained her a frenzy of media attention. Her smoky vocals and onstage presence have been raved about by everyone from NPR to Complex to Rolling Stone.