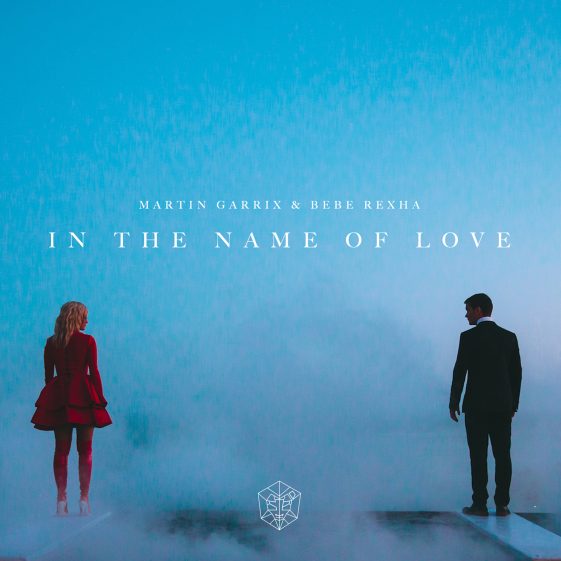 Garrix signs with RCA Records in the US and

(New York — July 29, 2016) Today, electronic dance music’s youngest and fastest rising superstar/ hitmaker/dj/musician/songwriter/producer Martin Garrix releases a brand new single “In The Name of Love” featuring singer/songwriter Bebe Rexha. CLICK HERE to listen now. This new single comes on the heels of Garrix’s announcement earlier this week that he has signed with RCA in the US and Sony Music international worldwide. Be sure to catch Martin Garrix’s set tonight at Lollapalooza – Click HERE to watch the livestream.

It’s easy to get lost in the numbers behind Martin Garrix’s meteoric rise. From his adolescent years to the onset of young adulthood, the 20 year old Dutch superstar has already set precedents and scored landmarks at every corner of the music industry. Backed by Scooter Braun Projects, Martin has become one of electronic dance music’s youngest superstars, amassing a chart-topping, high-streaming musical legacy along the way. The young producer has made both Billboard’s prestigious “21 Under 21’” as well as Forbes’ “30 Under 30” list. He won a 2015 MTV European Music Award for Best Electronic Act, holds the #3 position on the DJ Mag Top 100, and has collaborated with superstars like Usher and Bebe Rexha. Garrix also has residencies at two of world’s most prestigious clubs: Omnia Las Vegas and Ushuaïa Ibiza, and in addition, hosts his own evening every Friday during the summer at Ushuaïa Ibiza called “Multiply” with special guests such as A-Trak, The Chainsmokers, Marshmello, Dillon Francis, and many more. Not only is the music scene impressed by Martin Garrix’s talent,   world renowned brands like 7UP and Tag Heuer are lining up to collaborate with him. Martin Garrix’s story has only just begun.

Singer/songwriter Bebe Rexha has accumulated over 10 million overall single sales, 1 billion Spotify streams, 1.3 billion combined YouTube/VEVO views and a radio audience of over 8 billion. Recently, she hit #1 on both the Billboard Pop and Rap charts with her Platinum-selling smash single “Me, Myself & I” with G-Eazy. Her latest single “No Broken Hearts” featuring Nicki Minaj has over 100 million YouTube/VEVO views to date. Bebe Rexha burst onto the scene in 2013 when she penned the song which became a worldwide hit for Eminem and Rihanna—“Monster” – which went RIAA quadruple-platinum stateside. She wrote and featured on Cash Cash’s “Take Me Home” and Pitbull’s “This Is Not A Drill” in addition to writing Tinashe’s “All Hands On Deck” and Selena Gomez’s “Champion.” Her 2015 debut EP, I Don’t Wanna Grow Up [Warner Bros. Records] boasts the singles “I Can’t Stop Drinking About You” and “I’m Gonna Show You Crazy,” which racked up over 52 million Spotify streams in only six months. That same year, she co-wrote and carried instantly recognizable hooks for the double-platinum “Hey Mama” by David Guetta, Nicki Minaj, and Afrojack which was nominated for a Billboard Music Award for Top Dance/Electronic Song, as well as the Billboard Hot 100 smash “Me, Myself, & I” with G–Eazy.

BUY/STREAM “IN THE NAME OF LOVE FEAT. BEBE REXHA”