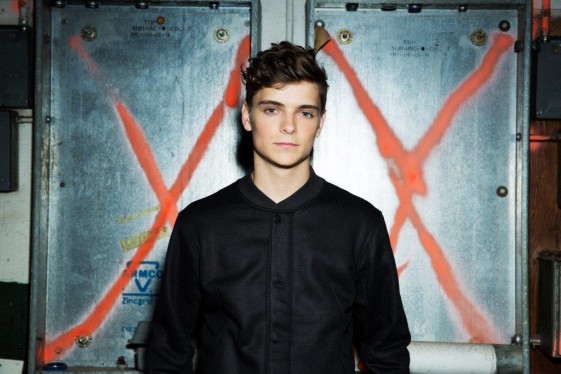 Martin Garrix, electronic dance music’s youngest and fastest rising superstar premiered two different versions of his brand new video for his just-released single “Don’t Look Down” featuring Usher earlier this week on YouTube. The video premiered as a featured artist video on the 2015 YouTube Music Awards and has enjoyed nearly 4 million views since its release. CLICK HERE to watch the video for “Don’t Look Down” featuring Usher from the female perspective. CLICK HERE to watch the video filmed from the male perspective.

Upon the video’s release Martin Garrix shared the official YT Music Awards video (from the male perspective) across his socials. At the same time, Usher successfully sneaked out the alternate version filmed from the female perspective to his socials . These two videos were also distributed via news releases, social media and more, creating a surprise effect of having two different videos released simultaneously.

In advance of the video release, Garrix’ team created a pun-filled, cheeky website for the fictional LeGarritsen Country Club, where fans can view outtakes, photos and extra scenes from the video shoot. The clever site was built to feel like one designed for a luxurious resort or spa vacation destination, with the stars of the videos advertized as their “Employees of the Month” being rewarded with their own videos. Check it out here http://www.legarritsen.com/.

Commented video director Petros on the concept for the videos: “I love the idea of a fish out of water; someone that doesn’t belong, but aspires in their own weird way to fit in. I also love the story of an underdog. So, if you blend a fish out of water with an underdog, you get a towel boy riding a sea horse! Duh! Once I came up with that premise, the problem was from whose perspective do you tell the story? The towel girl’s or the towel boy’s? Then someone suggested, ‘why don’t you make both.’ No one ever asked me to do that before, so I did.”

The whimsical video was described by the Los Angeles Times as “taking a Wes Anderson-esque approach to showcasing Country Club revelry and Perez Hilton calls it “a highlarious video for the next spring break party anthem.”

Both videos premiered simultaneously as part of the 2015 YouTube Music Awards (#YTMA) and playfully embody the song’s uplifting “carpe diem” anthemic message of overcoming rejection and hardships, and living your life to the fullest.

Martin Garrix was chosen as one of a select few artists to be honored at this year’s YouTube Music Awards.

Buy/Stream at iTunes/ Amazon/ Spotify/ Google Play.
Be sure to check out Martin Garrix performing live at the Ultra Music Festival on Saturday, March 28th.

Link to watch the video shot from the female perspective: http://smarturl.it/DLDvg

Link to watch the video shot from a male perspective: http://smarturl.it/DLDvb

At only 18-years old, having signed to Spinnin’ Records and backed by Scooter Braun, Dutch DJ superstar Martin Garrix, has become one of electronic dance music’s youngest superstars, amassing a chart-topping, high-streaming musical legacy along the way. Leaping 36 places to #4 of the DJ Mag Top 100 charts in 2014, garnering both the attention of Billboard’s prestigious “21 Under 21” as well as Forbes’ “30 Under 30” list and dropping his first BBC Essential Mix, Martin Garrix’s story is only just beginning. His global smash hit single “Animals” charted at #1 in the UK and reached international platinum status with to date more than 100 million streams on Spotify and 400 million views on YouTube. Entering 2015 with high-profile shows and festivals on the calendar and a brand new residency at Las Vegas’ super club Omnia, Martin’s ambitions continue to ramp up. He’s currently been working in the studio finishing new tracks for his debut album, including collaborations with Usher, Ed Sheeran, David Guetta, and Tiesto, among many others.