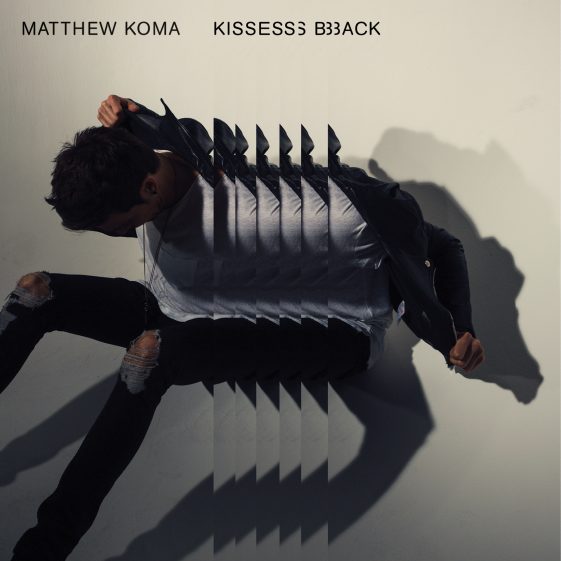 (New York- November 22, 2016) Hit-making songwriter and electronic artist Matthew Koma today premieres the music video for his brand new single, “Kisses Back” out now on RCA Records. CLICK HERE to watch it now. His new single “Kisses Back” is his emotionally charged new track about the aftermath of a tough breakup. The video was directed by Jungle George known for his recent work on Bishop Briggs’ equally compelling video for “River.”

Koma describes the video: “If you go through a breakup with someone while on an LSD trip, I think it could look something like this. We wanted to make a video that looked as manic and unstable as the relationship the song is about. Breakups and infidelity can feel really surreal and this video stretches that idea to another planet.”

“Kisses Back,” released earlier this month, has received fantastic early critical response: Billboard calls “Kisses Back” “excellent new solo material,” Idolator raves “the singer/songwriter’s love affair with club music is still going strong and he continues to imbue the genre with real emotion,” and Your EDM continues “Kisses Back plays to Koma’s melodic and emotional strengths. His unique voice allows himself to set himself apart.”

Kisses Back” is the first single from Koma’s forthcoming debut album, which further showcases the evolution of Matthew Koma as he taps into the new generation of producers, working with Louis the Child, Jai Wolf, Grey, Steve James, Flux Pavilion, and more. These new collaborations have led to a fresh new side for Matthew, focusing on straight ahead pop music, Future Bass, and Dubstep.

Watch the Video for “Kisses Back” On Vevo: http://smarturl.it/KissesBackVid

Koma is a genuine hit maker who burst onto the scene with Zedd’s “Spectrum” and “Years” by Alesso, featuring and co-writing on both, as well as writing Sebastian Ingrosso and Alesso Feat. Ryan Tedder’s “Calling (Lose My Mind).” With 8 Beatport #1s, 4 Billboard Top 10s, and a #1 Billboard single GRAMMY-award winning song “Clarity” which he co-wrote with Zedd, there is little question why Entertainment Tonight named Matthew Koma “the Man with EDM’s Golden Touch.”

Over the last year, Koma has spent his time fully transforming into a solo artist, traveling the world writing emotionally-charged music, while playing the world’s largest festivals including Coachella, Ultra Music Festival, Lollapalooza South America, and Life in Color.

Matthew’s forthcoming debut album has him co-producing with some of the most exciting next wave electronic artists including Louis the Child, Jai Wolf, Grey, Steve James, Flux Pavilion and more.