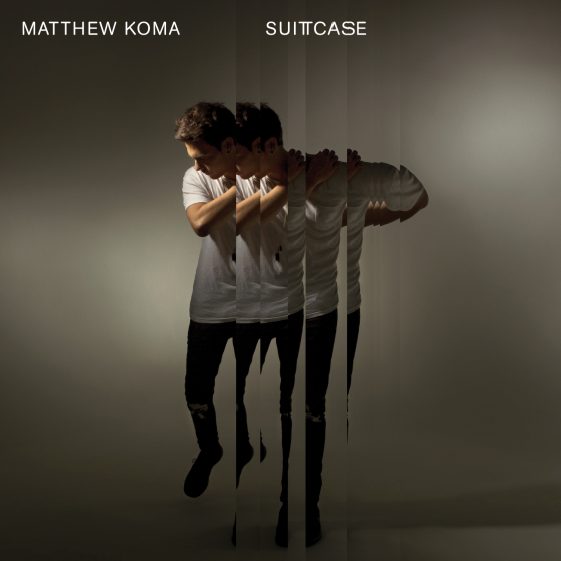 (New York – June 16, 2017) Following up his latest single “Dear Ana,” Matthew Koma today releases a new single entitled “Suitcase.” CLICK HERE to listen now and watch the lyric video. “Suitcase” is an acoustic memoir to one of Koma’s painful break-ups. The skeleton of the song has remained a staple in Koma’s live performances over the last few years, and now Koma finally transforms the track concept into a fully-realized and fleshed out single. “Suitcase” is an honest, emotive and heartfelt reflection of a relationship gone wrong.

Co-produced by Koma with Dan Book (Demi Lovato, Steve Aoki) and Steve James, the producer behind Justin Bieber’s “Purpose,” this new studio version of “Suitcase” preserves the acoustic characteristics that emphasize the specialness and honesty of the lyrics.

Matthew Koma adds: “Suitcase is a song about seeing your old relationships in your new relationships, your old loves in your new loves…looking back and accepting fault for things that no longer matter. It’s about the feeling of unresolved closure.”

Matthew Koma is one of the most accomplished writers behind numerous smash hits including Zedd’s “Spectrum,” and GRAMMY-winning hit “Clarity.” “Dear Ana” is Koma’s latest single on RCA Records, which received fantastic response from the press. Billboard describes the track as “…hopeful in its musicality, though heavy in atmosphere and lyrical sentiment, People calls the track a “poignant, synth-tinged ballad” and Fuse raves “the singer-songwriter-producer is getting more personal. His new single sees him leading an important and deeply personal conversation.”

Get it on Amazon Music: http://smarturl.it/MKSuitcaseAmz

Get it on Google Play: http://smarturl.it/MKSuitcaseGP