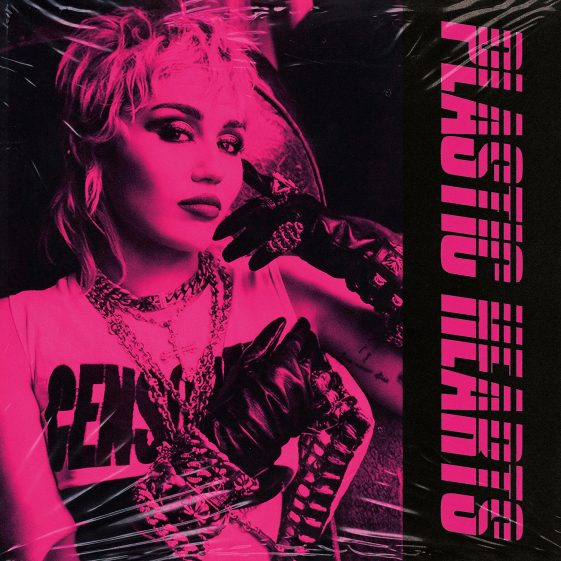 MILEY CYRUS DEBUTS AT #1 ON THE TOP ROCK ALBUMS CHART

December 7, 2020 – Artist and trailblazer Miley Cyrus’ critically acclaimed seventh studio album, Plastic Hearts has debuted at #1 on Billboard’s Top Rock Albums chart, her first number 1 on this chart, and 6th number 1 album.  The album also debuted at number 2 on the Billboard 200, giving Miley the most top 10 album debuts on the chart for female artists this century.

The album has debuted in the Top 10 in more than 10 countries. Tracks on Plastic Hearts have been streamed cumulatively over 750 million times worldwide.

Plastic Hearts is out now via RCA Records – listen here

Her raw and raucous album has earned high praise:

“Reflecting on her worst times from the distance that maturity allows, Miley Cyrus has come through with her best album.”-Vulture

“What Miley does with her voice throughout the album is really its main attraction.”-Nylon

“Miley Cyrus Is Perfect for the Rock-and-Roll Revival.”-The Atlantic

Miley will be performing her hit single, “Prisoner,” on Jimmy Kimmel Live! on December 7th. “Prisoner” ft. Dua Lipa, has been streamed 95 million times worldwide and is accompanied by a shamelessly campy rock video featuring the dynamic duo, and directed by Alana Oherlihy and Miley.  The video has earned 28 million views to date. Watch the video here

Leading into the album’s release Miley was featured in TikTok’s Live series, Watermarked, making it the platforms most viewed episode to date, with half a million unique views.