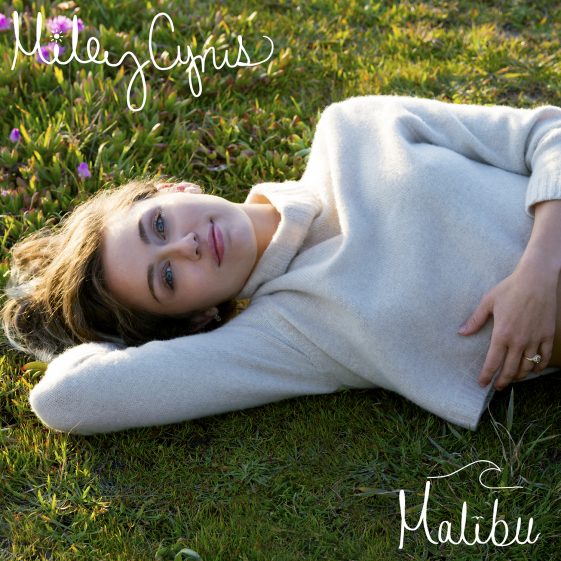 (Los Angeles, CA)—Today, global superstar, Miley Cyrus releases her new single and music video for “Malibu”, which is is the first single off of Cyrus’ forthcoming album due for release later this year. The video is directed by Miley Cyrus and Diane Martel. “Malibu” is available now at all digital retail providers.

Catch Miley Cyrus performing “Malibu” for the first time at KIIS FM’s Wango Tango on Saturday, May 13th at StubHub Center in Carson.  She will also be performing the song for the first time on TV on the ABC’s Billboard Music Awards on Sunday, May 21st.  Miley will also be performing on NBC’s Today Show’s Summer Concert Series on Friday, May 26th, and at iHeart Media’s iHeartSummer ’17 Weekend By AT&T taking place at Fontainebleau Miami Beach on Friday, June 9th and Saturday, June 10th. Stay tuned for more performances to be announced.

To Buy or Stream “Malibu”: