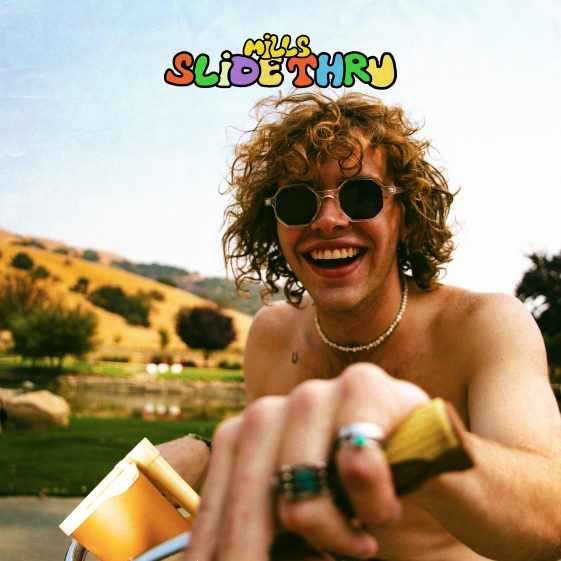 ““Hollow” is sun-kissed singer-songwriter music, with a beautifully loping hook that gains texture as the harmonies fully arrive.” – Billboard

“His songs are personable, relatable, and carry captivating melodies that get stuck in your head even after the first listen.” – Earmilk

“Mills simplifies even the most complex emotions into a coherent stream of consciousness.” – Ones To Watch

“”Hollow” is an exciting glimpse into the music Mills has ready to release.” – Ones To Watch

“…straight-up, no fuss tunes that instantly stick.” – The Interns

“Hollow finds a sweet spot between John Mayer and Harry Style.” – The Interns

(Los Angeles, CA – February 23, 2021) – Mills, singer, songwriter, multi-instrumentalist, troubadour, releases his new song “Slide Thru” today along with a video. Check it out HERE. Written by Mills and Logan Turner and produced by RyKeyz, “Slide Thru” is the follow up to Mills track “Hollow” which came out last month to critical acclaim.

Born and raised in Bowling Green, KY, and having spent time in both Nashville and Los Angeles, Mills’ southern influences have been brightened by the Los Angeles sun resulting in buoyant melodies tinged with nostalgia that can be found on his forthcoming EP “Train of Thoughts” which is due out on April 20th, 2021 via Keep Cool/RCA Records.

With his poetic storytelling and distinctive harmonies that evoke the 1970s era of Laurel Canyon, 20 year old Mills emerges as a troubadour for the modern age, vividly spinning tales of young love, happiness and heartbreak.

Following the release of his first EP, “Clashing Thoughts” in 2019, Mills toured the US with ROLE MODEL, and is the newest signee at Keep Cool. After spending the entirety of 2020 in the studio, Mills’ new EP, “Train of Thoughts”, has him poised for a breakout 2021.