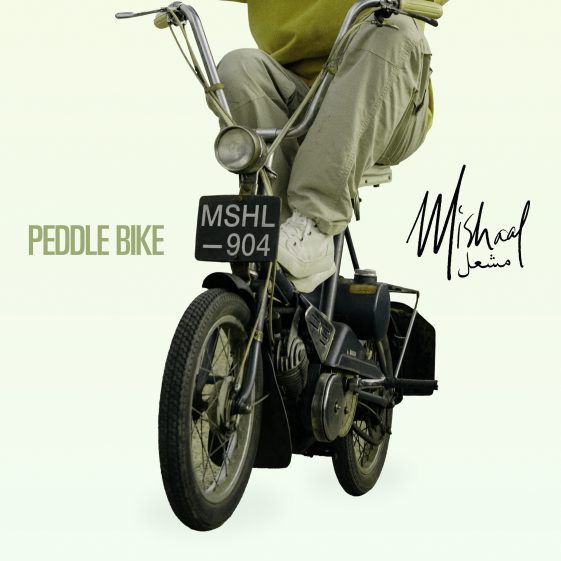 On the release Mishaal states: “With the song ‘Peddle Bike’ I aim to peddle the idea that there is nothing wrong with seeking help if you’re not okay. If you aren’t okay, you should always get help no matter the stigma.”

The visual, which was shot in London, shows Mishaal pushing and pedaling through the open fields until he ultimately crashes and suffers an injury, a metaphor for the meaning behind the song.

His release earlier this summer “Mister Mister” is a song about addiction that was inspired by a loved one’s harrowing battle with the disease. “This person never got to hear it, but I want this song to help someone who might be struggling to not let the monster inside win,” Mishaal says.

With everything Mishaal creates and each new release, there is a deeper purpose and meaning that he hopes to share with the world.

Mishaal previously released “I Don’t Wanna Wait For Summer” as well as his breakout single “Friends” ft. Powfu .“Friends” was the first offering of new music from Mishaal in 2020, following his first release “Arabian Knights” from last year.

Listen/Watch “Peddle Bike” and keep an eye out for more from Mishaal coming soon.