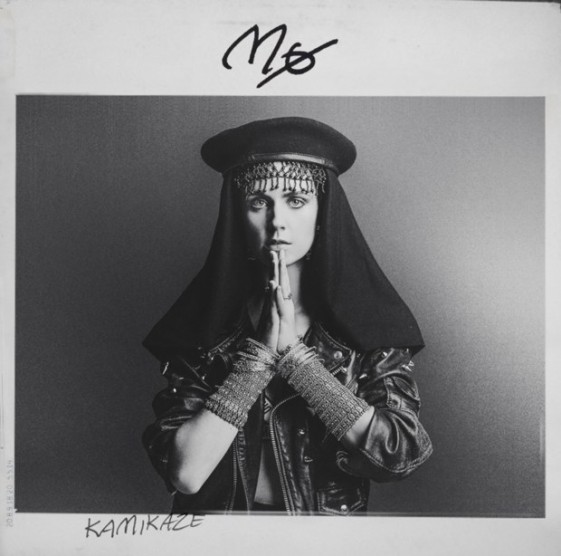 (New York, New York) – October 15, 2015 – Denmark Native MØ releases her highly anticipated new single, “Kamikaze” today. “Kamikaze” which was co-written by MØ and produced by Diplo is available now at all digital providers. The track will be the first track from MØ since her collaboration on Major Lazer’s “Lean On” which was one of the biggest songs of 2015 with a staggering one billion streams so far including almost 600 million alone on the MØ – starring video on YouTube.

“I love working with Diplo,” says Karen Marie Ørsted AKA MØ. “It’s always such a fun and open – minded creative process. It’s about making memorable songs but, more than that, it’s about making pop music that wants to push boundaries. I’ve been loving all kinds of pop since I first fell in love with the Spice Girls, but pop needs to bring something new to the table, it needs balls. And that’s what you get working with Diplo. Making Lean On and being a part of that tornado these past eight months has been one of the greatest experiences in my life so far, and I’m super happy that Kamikaze is made in a collaboration with the same group of my friends.”

MØ – AKA Karen Marie Ørsted – grew up on Funen, one of Denmark’s largest islands, and wrote her first song when she was seven years old. A pop obsessive as a child, Ørsted became involved with politics, punk and the anti-fascism movement in her teens, leading her to form the “noisy, trashy electro-pop punk band” at age 18. But already she was restless and writing new songs on her own, trying out a variety of sounds and styles on her laptop in her bedroom that, in 2009, necessitated her transformation into MØ.