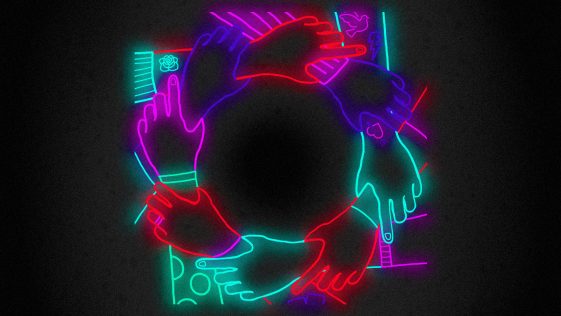 These new tracks come on the heels of Moon Taxi’s announcement yesterday that they are kicking the NFL Draft festivities, performing on the Draft Main Stage on Thursday, April 25 in Nashville, TN. Each night of the three-day NFL Draft will feature a free concert with Tim McGraw performing on 4/26 and Dierks Bentley on Saturday, April 27. Go to https://visitmusiccity.com/nfldraft for the full #NFLDraft details, and follow @visitmusiccity for updates.

Both “Now’s The Time” and “This World” are available now as a 2-track bundle everywhere via all digital service providers.

Rolling Stone wrote of Moon Taxi: “Over the last few years, Nashville’s Moon Taxi have worked their way up from Bonnaroo buzz-band to something approaching Kings of Leon country, playing a pleasingly cross-bred rock – a little indie, a little proggy, kinda poppy.” NPR raved of their musicality: “Moon Taxi a jam band – that is, if its instrumental excursions weren’t so concise, carefully thought-out and frequently refined in the years they’ve spent touring.” And their hometown paper, The Tennessean declared: “Moon Taxi evolves from ‘college project’ to rock stars.”

The band has thrived on the touring circuit for years, bringing their electric performances to Coachella, Austin City Limits, Bonnaroo, and beyond. The band also celebrated a career-defining moment as “Nashville’s own” in October ’17 when they performed at a two night, sold-out run at the famed Ryman Auditorium. Their music has been embraced as well by brands using their songs for many commercial and TV placements – from JEEP, to Microsoft Surface Pro, McDonald’s, to BMW, along with landmark sporting events including the Olympics, MLB, NFL, and NHL and HBO Sports. Their songs are motivational and energizing, and they have become a “go-to” band for songs that inspire forging ahead.