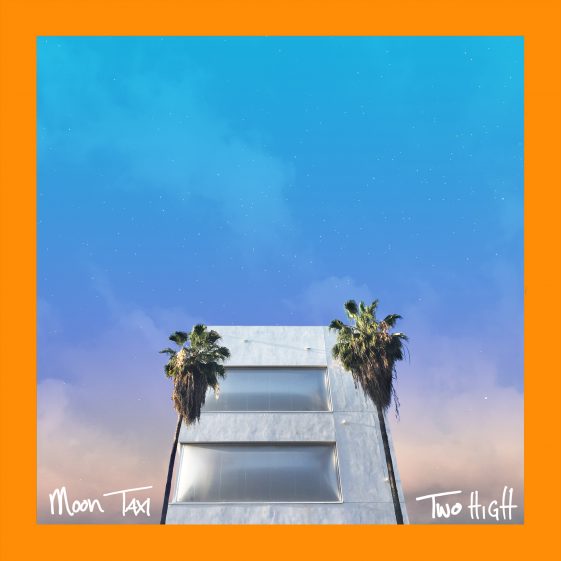 New York, NY – November 9, 2017 – Nashville’s own alt-rock-five-piece band Moon Taxi has just released the video for their newest single “Two High” via RCA Records. Following in line with the sentiment of the track’s title, the video trails the band and their fans throughout the world, backstage and on stage at their electrifying live shows that have earned them millions of fans. It’s a timely song given that it is “a song about hope,” expressed frontman Trevor Terndrup. “Hope for understanding, hope for acceptance, and hope for our future. We were inspired by the simple and universal peace sign. It’s a gesture we would like to see more of.” PRESS HERE to watch.

Since its release, “Two High” has garnered over 63 million streams on Spotify alone, is Number 1 at Triple A Radio and is being played on Sirius XM’s The Spectrum, Alt Nation and Jam On. PRESS HERE to listen.

With four highly-praised albums under their belt – including their last LP Daybreaker (2015 BMG) that debuted #2 on the Billboard New Artist Chart – and over 88 million Spotify streams worldwide, the band has garnered national TV appearances on the Late Show with David Letterman, CONAN, and Late Night with Seth Meyers, as well as a performance on NPR World Café. Many of their singles have been a part of commercials and TV spots including McDonald’s, BMW, Nashville, MLB, NFL and HBO Sports to name a few.

Watch this space for details about the band’s first album for RCA coming soon.