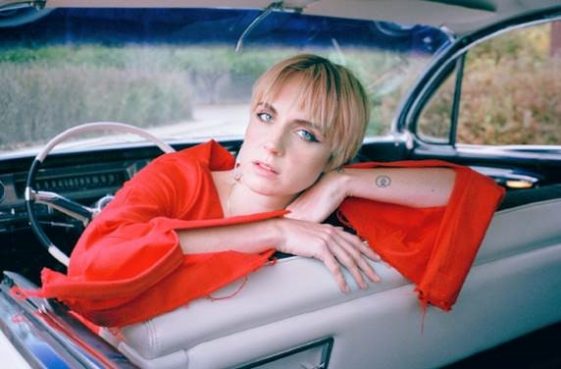 MØ’S “When I Was Young” Video Debuts Today

MØ’S “WHEN I WAS YOUNG” VIDEO DEBUTS TODAY

WHEN I WAS YOUNG EP OUT NOW

Danish vocalist, songwriter and breakout star MØ’s J.A.C.K.-directed video for “When I Was Young” debuts today—watch it here. “When I Was Young” is taken from MØ’s new EP of the same name, surprise-release last week via Sony Music U.K./RCA Records). Stream/download the EP here.

“I’m so happy to present this video because it feels very true to the song and to who I am,” says MØ. “It was inspired by a painting called ‘The Dance Of Life’ by one of my favorite artists, Edvard Munch. It’s an illustration of three women—one in white, one in red and one in black—and tells a story about three stages of human life: youth, maturity, and old age. I was always drawn to this image as a kid due to its simple symbolism and emotion and have been dying to do a video that could reflect on it. Since ‘When I Was Young’ is all about nostalgia and reflecting on life—especially the past, but also the now and the future—it just seemed like the perfect time to do it. J.A.C.K. came up with the idea of me playing all three women at the same time, dancing the dance of life, seduced, intrigued and fooled by each other, and they took this whole idea to levels I couldn’t even have dreamed of.”

When I Was Young’s six brand new songs feature production work from MØ herself, alongside the likes of Kristoffer Fogelmark, FTSE, Grant William Russell Harris, Mantra, Albin Neder, Fridolin Nordsø, Vera and Vasco. The EP was written and recorded over the past several months in Copenhagen, London, New York and beyond.

The new EP is MØ’s first body of work to be released since her much-lauded 2014 debut album, No Mythologies To Follow, and follows a momentous year with several high profile guest appearances—Major Lazer’s smash hits “Cold Water” and “Lean On,” one of the most successful songs of all time, among them.

Hailing from Funen, Denmark, MØ is Karen Marie Ørsted. In 2014 her debut album, No Mythologies To Follow, was released to great critical success. Pitchfork described MØ’s voice as “a powerful and versatile tool comfortable expressing emotional turmoil as it is wearing a fuck-the-haters scowl,” while Consequence of Sound praised the album as “a polished pop package that boasts bite as well as her refreshingly charming magnetism.”