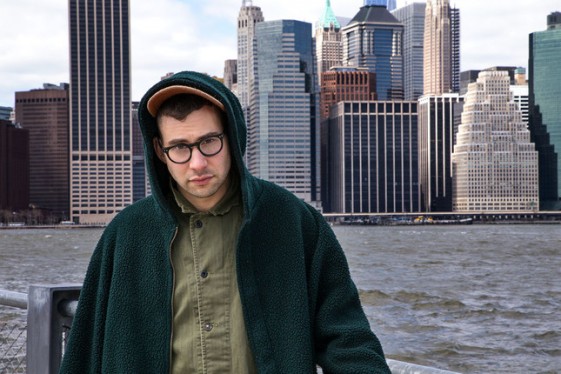 Also serving on the “Good Look Panel” is Kailyn Lowry from MTV’s “Teen Mom 2″ who will be the first to participate in a Twitter conversation with @LookDifferent today, Thursday, July 17 at 4p.m. ET. Lowry said of joining the panel:

“After seeing racism first hand being in an interracial marriage, I have made it a personal mission to make everybody equal no matter their size, shape, color or creed. I have tried to bring awareness to equality and would like to continue to make noise in an effort to erase racism/sexism and anything else ‘Look Different’ fights for. Whether we look different or love different, we’re all people.”

MTV also issued a $10,000 challenge to its audience for a digital tool to provide a safe space for open conversation around bias, and debuted a series of new on-air and online spots focused on the hidden impact of “microaggressions” as well as a new interactive social media initiative.

“Look Different” Challenge: In response to the fact that nearly 70% of young people believe that there should be more safe online spaces to have respectful discussions of bias, MTV is inviting the audience to help create a platform for discussion around these topics through the “Look Different Challenge.” The challenge calls on young people to submit creative ideas for a digital space where peers can share personal stories about bias and discuss appropriate bias-related happenings in pop culture and the news. The winning individual or team will be recognized with a $10,000 prize, as well as given the chance to work with MTV to see their idea brought to life. More information can be found at http://challenge.lookdifferent.org

“Broken Glass” PSA Campaign: “Look Different” will leverage MTV’s extensive reach on television and online with today’s debut of the new “Broken Glass” PSA campaign meant to reveal the hidden pain young people experience when faced with racial and religion-based ”microaggressions” like “Your English is so good” and “You don’t look Jewish.” The PSAs, which will also be rolled out online and via social media, will help young people decipher these common biased remarks that they may unknowingly make. To view all the PSAs, go to www.lookdifferent.org/videos. Alongside the PSAs, MTV will also be launching an online guide to “microaggressions” on Tumblr at http://lookdifferentMTV.tumblr.com, which will help young people break these comments down, show young people how to avoid making them, and give young people tips on what they can do if they experience them.

#GoodLook / #NotAGoodLook Interactive Hashtag Initiative: Launching in tandem is the interactive #GoodLook/#NotAGoodLook social media campaign, calling upon audiences to share real-life scenarios that either challenge or promote bias. Participants will be asked to share photos, text, or videos to celebrate scenarios that challenge bias using #GoodLook, and to call out biased scenarios using #NotAGoodLook through nearly any social media platform. The best #GoodLook messages will appear on-air on MTV and the “Look Different” website at http://good.lookdifferent.org.

LookDifferent.org serves as the campaign hub and, along with the campaign’s social accounts (Twitter, Tumblr), helps young people recognize bias in themselves and their surroundings – while providing clear guidance and helpful resources they can use to challenge bias when they see it. Previously announced components include: Implicit Bias Quiz (link) to reveal automatic associations people may have about different races and a seven-day Racial Bias Cleanse (link) to help people begin unlearning biases that have built up over years. Partners include the Anti-Defamation League, NAACP, National Council of La Raza, National Partnership for Women & Families, The Trevor Project and more.