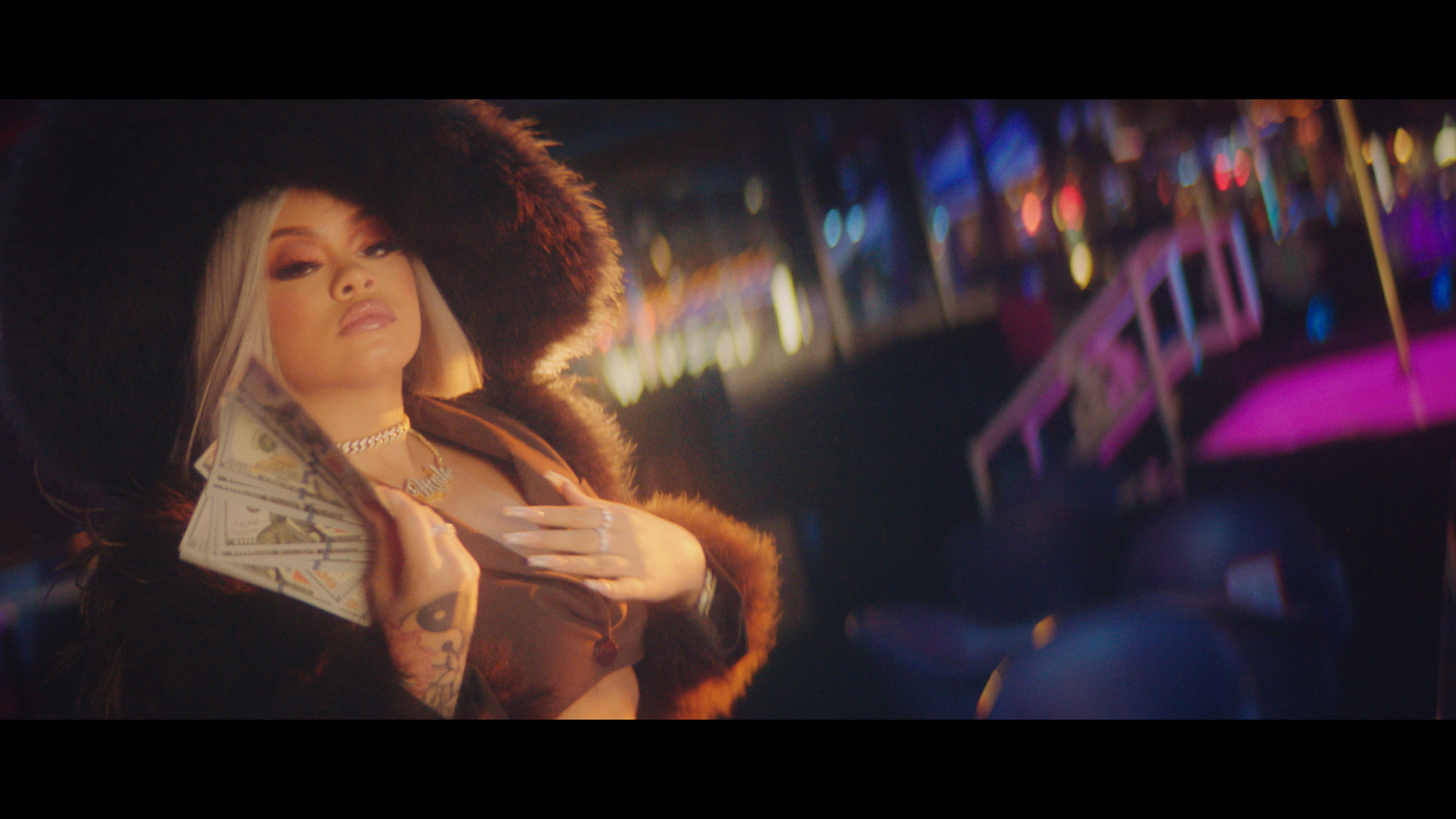 Shot in Los Angeles and Atlanta, the Sara Lacombe-directed video (Cardi B, City Girls, Lil Baby) has Mulatto teaming up with LA’s Saweetie and Miami’s Trina, showing what it takes to be “that bitch” from any region. From Frisco’s Carhop Diner in LA, to a strip club in ATL, the three rappers flex their witty lyrics with a delivery and presence that is unmatched.

Last night, Mulatto announced her signing with RCA Records via her socials. Regarding signing with RCA, Mulatto comments, “The buzz that ‘Bitch From Da Souf’ created put so many offers on the table for me all at once. I was in New York and LA having meetings back to back. RCA stood out off rip. The meeting didn’t feel like a meeting at all. Everybody from the interns to the CEO [Peter Edge] himself were there to meet me when I got there. We popped bottles, played new music, and really just talked shit on a Friday night way after the office was already closed. Signing was especially a big deal for me being that I came from a TV show where I publicly turned down a record deal. For 5 years I worked independently waiting for the right opportunity to present itself. I knew in my heart that it was time and felt 100% confident in choosing RCA.”

RCA Records Chairman & CEO, Peter Edge states, “We’re excited to have Mulatto join the RCA family. She is a bright, talented young star who has already made incredible strides in her career. She is rapidly becoming a frontrunner amongst her peers and we’re looking forward to being a part of that process.”

Press outlets such as Complex and Okayplayer named her an “Artist to Watch in 2020.” Complex states, “Mulatto’s musical ability is top notch, but the way she carries herself is almost as important. She exudes confidence.” Describing her style/delivery, the outlet explains, “She takes the tropes of Southern bounce and infuses them with Atlanta strip club swag, landing somewhere between City Girls and Rico Nasty.”

Mulatto recently wrapped up touring with Lil Tjay and is currently working on her next project.

Raised in Atlanta, GA, 21-year-old rising rapper Mulatto has been making a name for herself since she was 10 years old. Along with writing all her own lyrics, her witty, sexual verses are unmatched. The Rap Game Season One winner has continually released music since 2016 and recently signed with RCA Records in 2020. In June 2019, Mulatto released her EP Big Latto, which included her breakout hit song “Bitch From Da Souf.” The December 2019 release of her follow-up project, Hit The Latto, contained the remix version of the track featuring Saweetie & Trina. Combined, both versions of “Bitch From Da Souf” has over 35 million streams on Spotify and Apple alone, along with recognition from Timberland, Demi Lovato and more. Prior to the aforementioned, her impressive catalog of music includes Miss Mulatto (2016), Latto Let ‘Em Know (2017) and Mulatto (2018). Collectively, she has garnered over 92 million streams on Spotify and Apple to date. Mulatto recently wrapped up touring with Lil Tjay and is currently working on her next project.