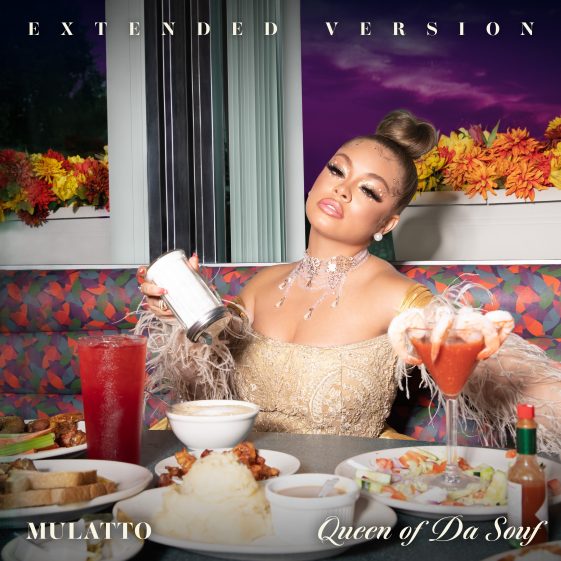 “Mulatto may not have revealed what’s in that ‘Big Latto Sauce,’ but whatever the secret ingredients, they’re pushing her closer to Southern rap domination.” – NPR

“…standing out in an era packed with talented women who rap. Latto shines because of her rapping ability and how her fun-loving personality shows through in her music.” – XXL

“There are a lot of women in rap on the come up, Latto however, has been doing this for a long time and it’s clear as day this young lady is here to stay.” – UPROXX

“Dripping with sexuality and feminine power, the twenty-one-year-old rapper makes a solid case for the throne [with Queen of Da Souf]. Mulatto doesn’t need a cosign, but with salacious verses from City Girls, Gucci Mane and 21 Savage, she seemingly has the entirety of Atlanta in her corner.” – HipHopDX

To coincide with this release, Latto is treating fans to a video for one of her new tracks, “Sex Lies” feat. Lil Baby – click here to watch. Shot in Atlanta, the Clifton Bell-directed (J. Cole, Ne-Yo, T.I., Trey Songz) visual also features cameos from Jayda Cheaves and DC Young Fly.

As the year comes to end, Mulatto is going out with a bang. Having spots on multiple “Best of the Year” music lists for 2020 such as NPR, Billboard, XXL, UPROXX, HipHopDX and more, Mulatto has solidified her spot in the rap space. Looking at her year in numbers, Latto’s major label debut album Queen of Da Souf garnered over 201 million streams worldwide, her video for “Bitch From Da Souf (Remix)” featuring Saweetie & Trina has over 50 million views and her video for “Muwop” featuring Gucci Mane has over 37 million views. Mulatto is the first ever female solo rapper to go RIAA-certified Gold, accomplishing this with her hit single “Bitch From Da Souf (Remix)” featuring Saweetie and Trina. She’s also one of only two women inducted into the XXL 2020 Freshman Class this year.

The year may be winding down, but there’s no signs of Mulatto stopping. Stay tuned for more music from the Queen of Da Souf coming soon.

03 In n Out feat City Girls

Raised in Atlanta, GA, 21-year-old rising rapper Mulatto has been making a name for herself since she was 10 years old. The Rap Game Season One winner has continually released music since 2016 and signed with RCA Records in 2020. In June 2019, Mulatto released her EP Big Latto, which included her breakout-hit song “Bitch From Da Souf.” The December 2019 release of her follow-up project, Hit The Latto, contained the remix version of the track featuring Saweetie & Trina, the accompanying video has been viewed over 50 million times. Combined, both versions of “Bitch From Da Souf” has over 119 million streams on Spotify and Apple alone, along with recognition from Timberland, Demi Lovato and more. Prior to the aforementioned, her impressive catalog of music includes Miss Mulatto (2016), Latto Let ‘Em Know (2017) and Mulatto (2018). In August 2020 Latto released her major label debut project Queen of Da Souf, including the tracks “Muwop” feat. Gucci Mane and In n Out feat. City Girls. It’s gone on to have over 201 million streams worldwide and counting. As part of the elite new wave of female rappers, such as Flo Milli, City Girls, Saweetie and more, Big Latto has proven that her pen game, replete with witty and raw verses, is unmatched.