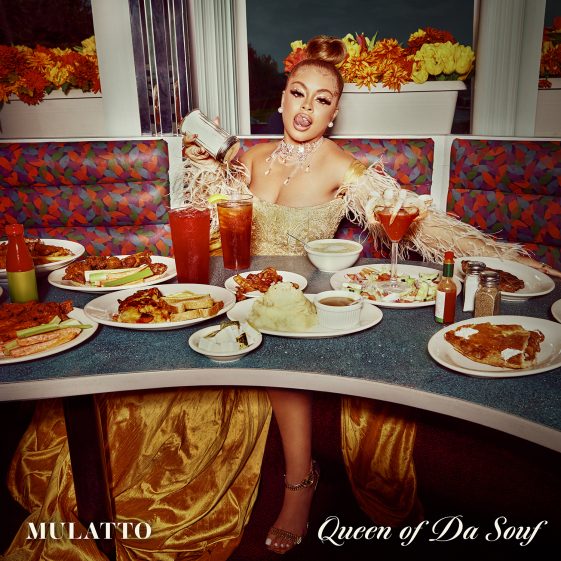 “Mulatto’s musical ability is top notch, but the way she carries herself is almost as important. She exudes confidence.” – Complex

[New York, NY – August 21, 2020] Today, Mulatto cements her position with the release of her RCA Records debut project Queen of Da Souf – click here to listen. To usher in the long-awaited release, Big Latto premieres the Sara Lacombe-directed video for “Youngest N Richest,” one of the many standout tracks from the energetic project – click here to watch.

This year continues to be a stellar one for the 21-year-old Atlanta-based rapper. Her track, “Bitch From Da Souf (Remix)” featuring Saweetie and Trina, was recently RIAA-certified Gold, making Mulatto the first solo female rapper from Atlanta to accomplish this feat. As Mulatto continues to climb the charts –#3 on Billboard’s Emerging Artists chart and Top 10 on the Nielsen BDS Mainstream R&B/Hip-Hop National Airplay chart this week, the “Muwop” video featuring Gucci Mane has reached 10 million views. Revealed last week, Latto is one of only two women inducted into the XXL 2020 Freshman Class, earning her another major milestone in her burgeoning career. In addition to her own music, Mulatto has been inescapable; from her recent cameo in Cardi B’s “WAP” video featuring Megan Thee Stallion, to countless features including NLE Choppa’s “Make Em Say,” and Hitmaka’s  “Thot Box (Remix),” proving that Big Latto is bigger and better than ever before.

On top of her recent accolades, Queen of Da Souf solidifies Mulatto’s place in hip-hop as she displays her talent as a lyricist with witty, raunchy and raw bars. Gucci Mane, City Girls, 21 Savage and 42 Dugg make guest appearances, while producers Bankroll Got It, Hitmaka, Murda Beatz and more provide the addictive beats. The project includes previously released tracks “Muwop” featuring Gucci Mane, “Bitch From Da Souf (Remix)” featuring Saweetie and Trina, “No Hook” and “He Say She Say.”

03 In n Out feat City Girls

Raised in Atlanta, GA, 21-year-old rising rapper Mulatto has been making a name for herself since she was 10 years old. The Rap Game Season One winner has continually released music since 2016 and signed with RCA Records in 2020. In June 2019, Mulatto released her EP Big Latto, which included her breakout-hit song “Bitch From Da Souf.” The December 2019 release of her follow-up project, Hit The Latto, contained the remix version of the track featuring Saweetie & Trina, the accompanying video was viewed over 26 million times in just five months. Combined, both versions of “Bitch From Da Souf” has over 72 million streams on Spotify and Apple alone, along with recognition from Timberland, Demi Lovato and more. Prior to the aforementioned, her impressive catalog of music includes Miss Mulatto (2016), Latto Let ‘Em Know (2017) and Mulatto (2018). To date, Latto has garnered over 151 million streams on Spotify and Apple. As part of the elite new wave of female rappers, such as Flo Milli, City Girls, Saweetie and more, Big Latto has proven that her pen game, replete with witty and raw verses, is unmatched.