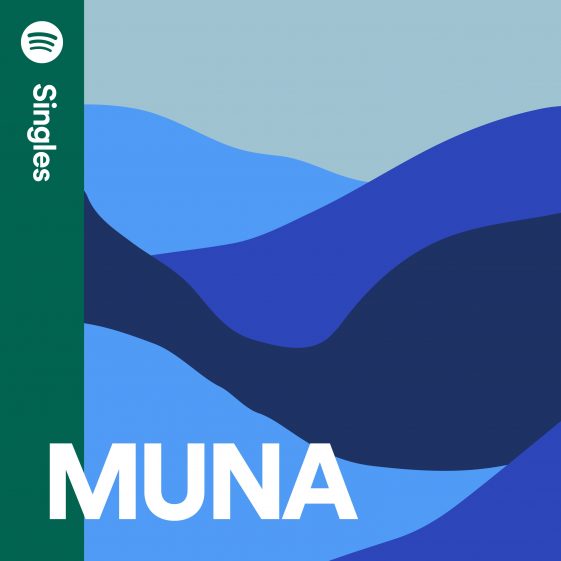 (Los Angeles, CA – November 13, 2019) – Today, critically acclaimed Los Angeles-based trio MUNA unveils their Spotify Singles session. Recorded at the legendary Electric Lady Studios in New York City, the band releases a new version of their song “Stayaway” along with a cover of Normani’s “Motivation.”  Listen HERE. The original version of “Stayaway” can be found on the band’s recently released sophomore album Saves The World, which was met by mass critical acclaim with Rolling Stone giving the album 4 stars while declaring it a “mastery of pop songcraft” and FORBES calling it “superb.”

Last week the band performed their single “Number One Fan” on Late Night with Seth Meyers. Check out the performance HERE. This weekend MUNA will be opening for The 1975 at their 2 sold out New Jersey shows. Additionally, the band is wrapping up their MUNA “Saves The World” headlining tour in December with stops in the UK. Check out show dates below and to purchase tickets please visit HERE.