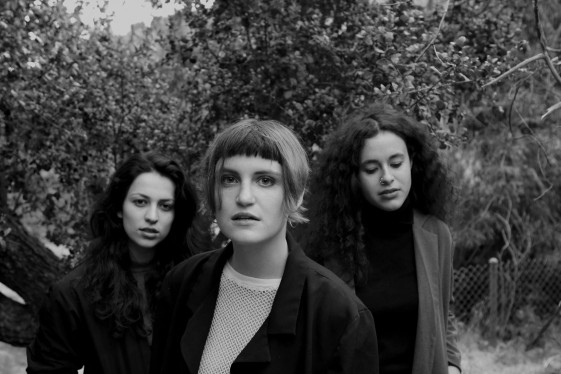 MUNA Is One Of Stereogum’s Bands To Watch At SXSW

Via Stereogum, by Collin Robinson

Ahead of South By Southwest, Stereogum is highlighting a handful of our Band To Watch alumni who will play at this year’s festival. If you’re in Austin this week, now’s your chance to actually watch some Bands To Watch.

We’ve only had the pleasure of hearing a few songs by MUNA, but everything the LA-based “dark pop” trio has floating around the internet is excellent. They were named a Band To Watch off the strength of the soaring, audacious “Promise.”

“Promise” is a song that translates the frustration of misconstruing signs of passion and lust as love with an added layer of complexity in knowing that you are purposefully misreading the signs in the name of hope. But MUNA don’t shy away from taking ownership of that self-sabotage, they confront it head on with an audacity spawned from vulnerability, and the brave approach elevates the track. But those feelings aren’t the only thing that lifts “Promise” into dark yet sun-lined clouds. Lead vocalist Katie Gavin’s lyrics are penetrating as she delivers “I know you said you’re sorry/ But I don’t know if I can forgive me” in evocative quavery yelps. The hook on “Promise” is also huge, with big drums, soaring electric guitar, and hard-shifting sweeps that are still manages to be catchy despite teeming with emotion and lush layering.

Their latest offering, “Winterbreak,” is a mid-tempo dance excursion, with intricate, rhythmic drums and percussion, glimmering synths, and another insanely catchy hook. Gavin sings on the refrain: “Oh baby I think that we both know/ This is a love we won’t get right/ Still if you said that you wanted/ Then you always have one more try.” It’s a song about forcing someone to be a source of comfort and stability when you know they are not capable of doing it, and finding the strength to admit you are looking for something in someone else that you should find within. These are things most people who look for love go through, so they may seem trite, but MUNA nestle that universality in a distinctive, artful arrangement all their own.

“Winterbreak” will be one of four songs on their upcoming Loudspeaker EP, and it now makes sense that a few of their songs have been taken off of SoundCloud recently. So the aforementioned “Promise” and “Winterbreak,” the slow-building, ’80’s-tinged “Loudspeaker,” and the huge “So Special” will have an official home, but not until 5/6. All the more reason to check them out at SXSW. There are only a few opportunities to catch the trio, but they are well worth making the effort. See their full SXSW itinerary below.