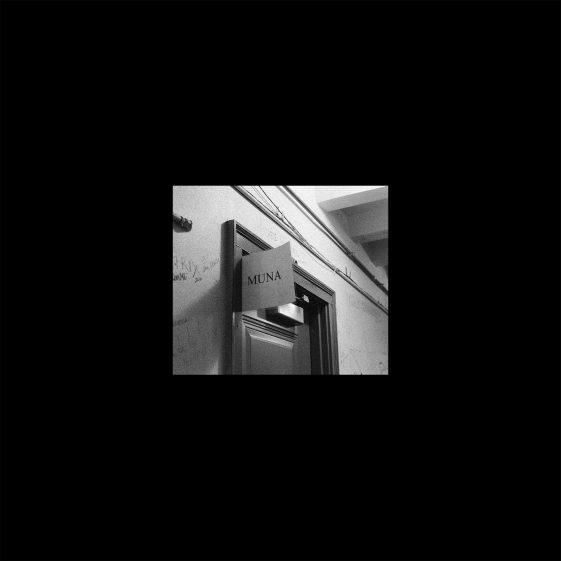 (New York, NY)—Today, Los Angeles-based trio MUNA release a 3-song acoustic EP entitled About U: One Year On. The EP was recorded live in studio on February 2nd which marks exactly one year since the release of their debut album About U. About U: One Year On, which is mixed by Dan Grech-Marguerat who also mixed their debut album, is available now at all digital retail providers via RCA Records. See track listing below.

Katie Gavin of MUNA says; “Recording this live EP was almost like reading a letter you’ve written to your future self. Our lives are different than they were last year, partially because of these songs and largely because of the way that other people have made these songs their own. Arranging and playing them acoustically was a way for us to come alive to that fact. The music changes us and then we change the music and it goes on like that.

This EP also felt like an homage to the way we started the band, sitting with the music and working it out in a very skeletal way – except this time we had the chance to share it with thousands of people on a live stream. Technology is cool sometimes. “

About U: One Year On Track Listing:

Since the release of About U, the album has received mass critical acclaim from the likes of The Los Angeles Times, W Magazine, V Magazine, The FADER, SPIN, and many more. It also made a number of Year End Best Of lists including NPR’s “100 Best Songs of 2017” which stated, “the band created a musical safe space and an anthem for otherness, letting its joy speak as loudly as its defiance,” Billboard’s “50 Best Albums of 2017: Critics Pick” which called the album “spellbinding,” and “The Noisey Staff’s Favorite Tracks of the Year” which praised, “the Los Angeles trio has built a sanctuary in which it’s possible for marginalized people to let go.”

The trio made up of Katie Gavin (lead vocals/production), Naomi McPherson (production/guitar/synths/vocals), and Josette Maskin (lead guitar/vocals), made their television debut performing “Loudspeaker” on The Tonight Show Starring Jimmy Fallon and then “I Know A Place” on Jimmy Kimmel Live!. They have performed at many festivals including Lollapalooza, Osheaga, Governor’s Ball, and Outside Lands and have toured with BØRNS, Miike Snow, Of Monsters and Men, St. Lucia, Grouplove and Bleachers, and headlined their own sold-out tour in support of the album.  Most recently, they joined Harry Styles on his world tour.