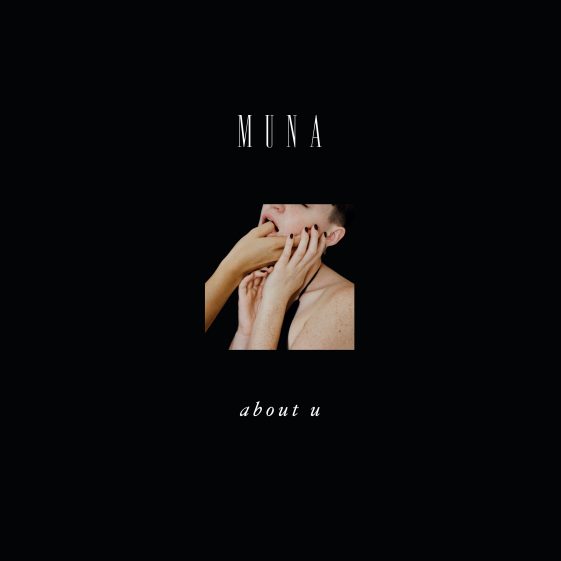 MUNA Set To Release Debut Album ‘About U’ On February 3, 2017; Pre-Order Available Now

(Los Angeles, CA)—Los Angeles-based trio, MUNA, is set to release their highly anticipated debut album entitled About U on February 3rd via RCA Records.  The album was written and produced by MUNA, with additional production, programming, and mixing by Dan Grech-Marguerat. The album pre-order includes four instant grat tracks, including their latest single “Loudspeaker” (Click HERE). About U is available for pre-order today at all digital retail providers.

MUNA will also be making their first-ever television appearance on Monday, November 7th, when they will be performing “Loudspeaker” on The Tonight Show Starring Jimmy Fallon.

Members of MUNA, Katie Gavin (lead vocals/production), Naomi McPherson (production/guitar/synths/vocals), and Josette Maskin (lead guitar/vocals), have recorded, written, and self-produced all of their own music to date.  Following their outstanding performances at this year’s SXSW, they released their first-ever music video for “Winterbreak” (Click HERE), which is the first song off of their debut EP entitled The Loudspeaker EP, out now via RCA Records. Additionally, MUNA has been featured on Noisey, Ladygunn, Nylon, V Magazine, in Flood Magazine, and more.  The band has also previously toured with BØRNS, Miike Snow, Of Monsters and Men and St. Lucia. They also performed at this year’s Lollapalooza and are currently on tour with Grouplove.

“Their debut EP is one of the most cohesive, catchy, and cool

collections from a rising band this year” – Noisey

“An indisputable band to know in 2016” – Blackbook

“What shines through, along with anthemic pop hooks and a

synth-laden ’80s sensibility, is triumph, as [MUNA] are more interested in the warm afterglow than the dark.” – SPIN