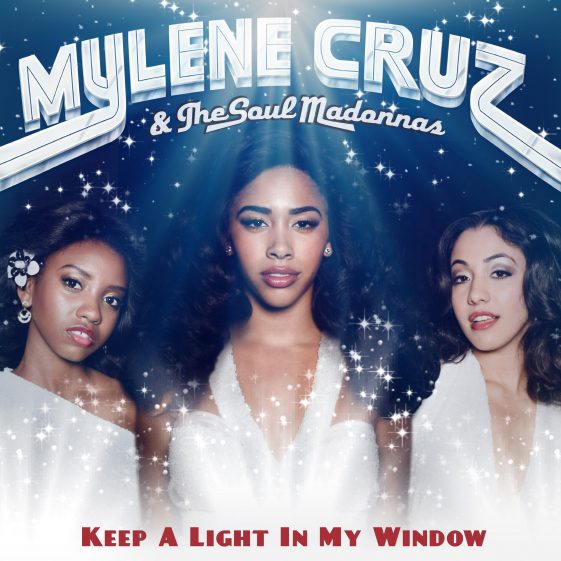 [New York, NY – March 24, 2017] Die-hard fans of Mylene Cruz and The Soul Madonnas have a new reason to rejoice as the group’s 1978 #1 hit record “I’ll Keep My Light in My Window,” will be reissued by House of Iona/RCA Records across all digital music providers today.  Released on Marrakech Star Records in 1978, the remastered single is produced by Elliott Wheeler. Click here to listen.

A resurgence in Mylene Cruz and The Soul Madonnas’ music was heightened when a rare performance clip of the group on the ‘70s popular TV show Platinum Boogie recently appeared online.  Click here to view the group’s debut television performance.

“I’ll Keep My Light in My Window” was written by Leonard Caston and Terri McFaddin and recorded in 1974 by Caston and Majors, with additional recordings by Diana Ross and Marvin Gaye, Eruption, The Temptations, and more.

Mylene Cruz and The Soul Madonnas were the last of the dying breed of disco divas in the late ‘70s as punk and hip-hop music made its way from the underground to mainstream America.   Inspired by her idol Misty Holloway and her smash song “Far, Far Away,” Cruz embarked on a singing career with her fellow Bronx friends Yolanda Kipling and Regina Diaz in 1977.  The daughter of a Pentecostal preacher and raised in church, Cruz’s style of music was gospel-tinged disco, evident in the group’s first chart-topping single “Set Me Free” in 1977.

DISCLAIMER:  Mylene Cruz and The Soul Madonnas are fictional characters portrayed by Herizen Guardiola (“Mylene Cruz”), Stefanée Martin (“Yolanda Kipling”) and Shyrley Rodriguez (“Regina Diaz”) in the Netflix series The Get Down. Marrakech Star Records, Platinum Boogie and the series of events described above are also fictitious, with the exception of the songwriters and previous recordings of “I’ll Keep My Light in My Window.”

This version of “I’ll Keep My Light in My Window” was recorded by Herizen Guardiola and will appear on The Get Down: Original Soundtrack from The Netflix Original Series set for release on April 14th via Baz Luhrmann’s label, House of Iona, and RCA Records.  The soundtrack accompanies Part Two of the music-driven drama series which will premiere globally on Netflix on April 7th.

The Get Down is produced by Sony Pictures Television for Netflix. The series is executive produced by Baz Luhrmann, Catherine Martin, Paul Watters, Stephen Adly Guirgis and Nas. Seth Zvi Rosenfeld, Aaron Rahsaan Thomas and Kerry Orent are co-executive producers.

Stream/purchase “I’ll Keep My Light in My Window” by Mylene Cruz (Herizen Guardiola) & The Soul Madonnas:

Keep up with The Get Down:

New Music From “The Get Down: Original Soundtrack From The Netflix Original Series” Set For April 14th Release

“The Get Down: The Original Soundtrack To The Netflix Original Series” Now Available As A Super Deluxe Two-Disc Set!

“The Get Down: The Original Soundtrack To The Netflix Original Series” Now Available At All Digital Providers

New Music From Miguel, Michael Kiwanuka And Nas From “The Get Down” Soundtrack Available Today Via Apple Music

“The Get Down: Original Soundtrack From The Netflix Original Series” Set For August 12th Release