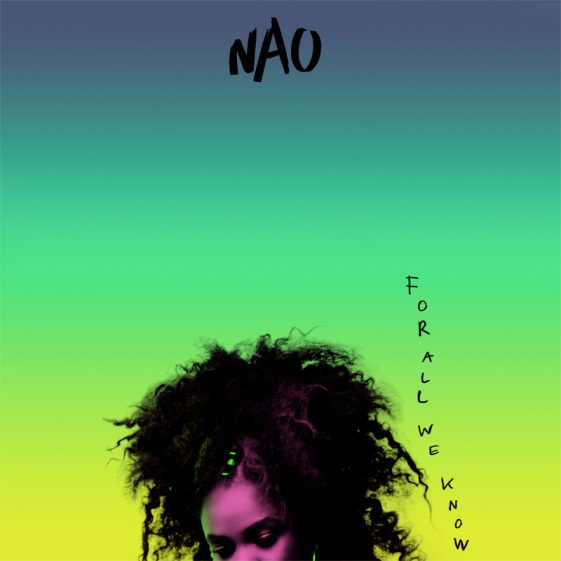 NAO Releases Debut Album “For All We Know”

The critically acclaimed debut album from NAO is finally here! Consequence Of Sound says the album proves “NAO has the potential to become one of the most progressive voices in soul and R&B.” Get For All We Know, featuring “Bad Blood”, “Fool To Love” & “Girlfriend” now on Apple Music, Amazon Music, Google Play, or stream on Spotify.