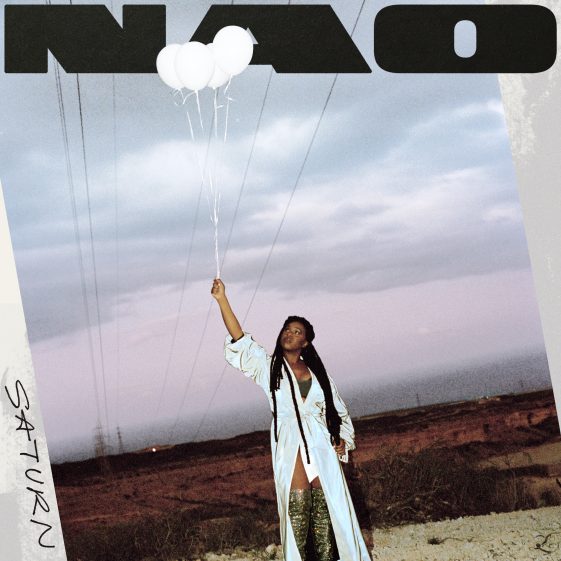 [Los Angeles, CA – October 26, 2018] Two years after the incredible For All We Know album, Nao releases her highly-anticipated, absolutely mesmerizing sophomore album Saturn, which is available now at all digital retail providers via Little Tokyo Recordings/Sony Music Entertainment UK/RCA Records. Listen HERE. Nao elevates into new realms of artistry in this deeply reflective, emotional project. Saturn is a journey, stemming from a place of both vulnerability and immense power, adorned by masterful musicality and poetic lyricism. Nao tells stories through her music, flowing freely between genres and influences, producing a sound which is uniquely her own and completely unforgettable. Saturn touches the soul and leaves no doubt that the phenomenal songstress is a true and complete artist – captivating, pioneering and absolutely unmatchable. The singles “Another Lifetime,” “Make It Out Alive” ft. SiR, “Curiosity,” and “If You Ever’ ft. 6lack” have been collecting praise from fans and critics alike, making the album one of the most eagerly-awaited releases of this year.

Nao also announced her world tour. Starting off in Japan, she will then go on to perform in North America and Europe, concluding with a show in London’s Brixton Academy on March 28th. (Full dates below)

On Saturn, Nao is bold and experimental, eager to push things forward and unafraid to offload ideas that have been weighing her down. “My friends kept telling me about the term ‘Saturn Returns,’” says Nao. “It’s this idea that Saturn takes 29 years to orbit from when you’re born and it is the planet of blessings and growth. So by the time you’re around 29, between 27 and 32, something big happens in your life. It’s like waking up and coming of age, like: ‘I’ve been going through my twenties and what have I been doing in this relationship?’ What have I been doing in this job?’ You start to rethink everything – old stuff that your parents taught you or ideas that you believed in. It’s like a complete shedding of skin and it can be painful.”