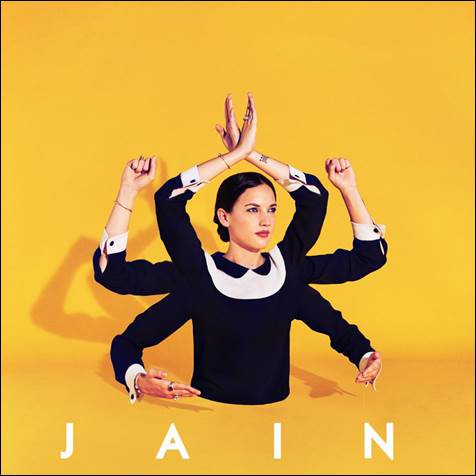 NOMINATED FOR AN MTV EMA FOR BEST FRENCH ARTIST

“Come,” which was written by JAIN, currently has over 30 million streams worldwide and is platinum in France and Italy and Gold in Poland while her album Zanaka is double platinum in France. Additionally, the track has been sync’d in major ad campaigns overseas including ORANGE (France), JEEP Wrangler (Italy) and El Corte Ingles (Spain).  The official music video has over 40 million views. Earlier this year JAIN performed on the Finale of The Voice of Italy, The French Grammy’s (Victoires De La Musique), Le Grand Journal, Le Petit Journal and many more shows in Italy, Germany Poland and France.

Earlier this month, JAIN played her very first headline shows in Los Angeles and New York selling out both Rough Trade and Mercury Lounge in New York.  Most recently Jain was nominated for an MTV EMA for Best French Artist.

While 24 year old Jain hails from Toulouse, France, the singer spent much of her life living in different cities including Dubai, the Republic of Congo and Abu Dhabi.

Get it on Amazon Music: http://smarturl.it/ZanakaJAINamz

Get it on Google Play: http://smarturl.it/ZanakaJAINGP