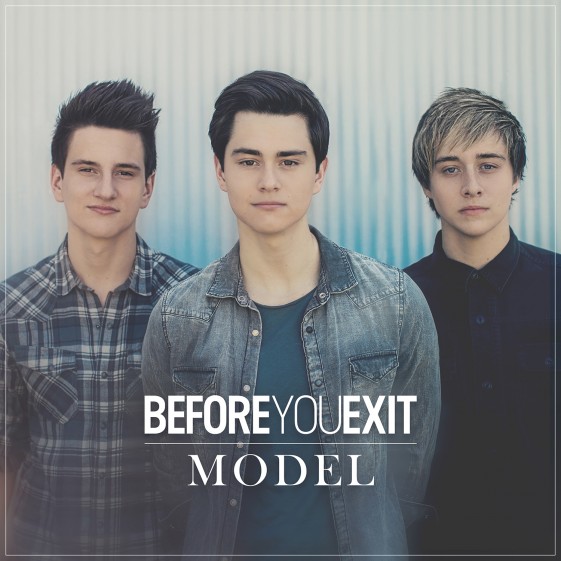 RCA Records newest signees, Before You Exit release their brand new single, “Model” today. The single which was co-written by the group and Ryan Daly is available now at all digital providers. Click here to listen to “Model” now.

In support of the new single, the group will hit the road with The Vamps for a 12 city tour starting on July 21st in their hometown of Orlando, Florida. For tour dates and more please visit http://beforeyouexit.com/.

The group spent the better portion of last year touring in support of their debut EP, I Like That. Not only was the group the guest act for acts like Cody Simpson, Olly Murs and Fifth Harmony, they also headlined their own tour as well. Things started to heat up when the group was named the winners of the third annual “Macy’s IHeartRadio Rising Star” campaign, earning them a spot at the IHeartRadio Music Festival alongside such acts as Taylor Swift, Ed Sheeran, Nicki Minaj, One Direction, and more. The trio also performed at the 2014 Macy’s Thanksgiving Day Parade and had 3 singles hit the Radio Disney charts.