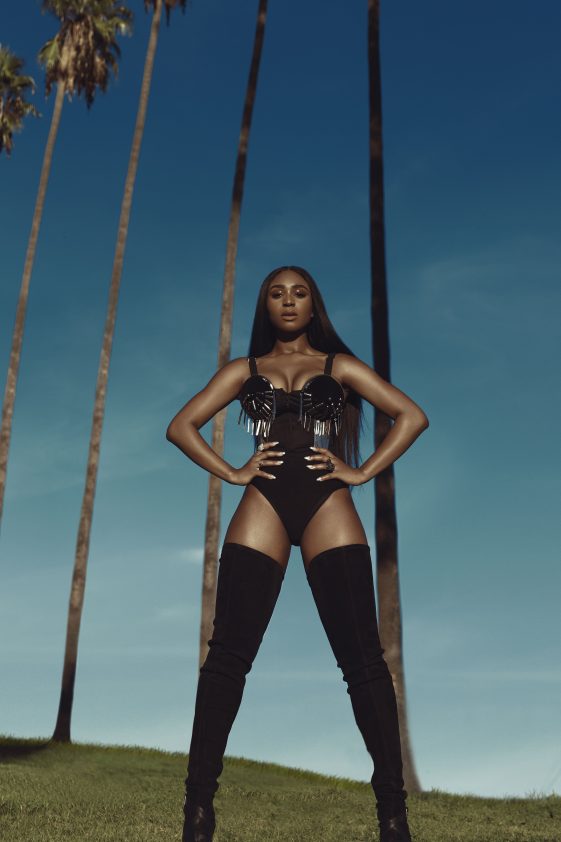 (Los Angeles, CA)— Keep Cool/RCA Records is thrilled to announce the signing of singer-songwriter, Normani. Normani is the first artist to sign to Keep Cool/RCA Records, led by Tunji Balogun. Balogun will A&R Normani who is currently in the studio working on her debut album. Last month, the multiple award-winner who rose to prominence as part of the world-renowned all-female group, Fifth Harmony, released her duet with Grammy-nominated and platinum-selling artist Khalid entitled “Love Lies”. Sonically and stylistically the song speaks to the direction of Normani’s personal style of making music.

“Love Lies” is off to an explosive start having debuted at #43 on the Billboard Hot 100 and it has already received over 155 million streams worldwide since its release on February 14th. The track, which was just certified GOLD by the RIAA, is garnering critical acclaim with Billboard raving about Normani’s “smooth vocals” and MTV calling it “a match made in musical heaven”.

Tunji Balogun comments; “Normani is a dynamic, multi-talented young woman with vibrant energy and a powerful spirit. We are extremely excited to welcome her into the RCA family and I’m honored to announce her as the first artist signed to Keep Cool. We are all looking forward to watching Normani thrive and flourish as we create incredible music and unforgettable moments together.”

Normani says; “I’m so incredibly grateful to be able to be in a place where I can explore myself as an artist and what I’m capable of. Never in a million years did I think I would be in this position in 2018. Everyone has been so supportive and patient, thank you so much to my fans for giving me the opportunity. I’m so thankful to my girls that we created this space among ourselves to explore and branch out creatively.  Fifth Harmony has always been and will always be home. I’d like to say thank you to Tunji and Peter for believing in the vision that I have for myself as an artist. I’m appreciative for their commitment and perseverance.”

Peter Edge (Chairman & CEO, RCA Records) states; “We are thrilled to welcome Normani as the first artist under the Keep Cool/RCA Records imprint.  Normani’s talent and charisma really sets her apart as a leading lady in the industry and I know she will bring that same energy and more to her solo career.”

About Normani
Best-known as one of the four members in the multi-platinum group Fifth Harmony, Normani explores a new musical direction on “Love Lies” with Khalid. Since its release, the “slow-burning R&B ballad” (The FADER) has been streamed over 155 million times and the song’s official video has over 28 million views on YouTube. With over 122 million streams on Spotify alone, the song broke the Top 5 on the streaming platform’s US (#2) and Global (#3) Viral Charts. Featured as Zane Lowe’s World Record, “Love Lies” also went #2 on iTunes’ R&B/Soul Top Songs chart and #9 on the Top Songs chart across all genres. Born in Atlanta, Normani grew up in New Orleans before moving to Houston at 9 years old with her family after Hurricane Katrina.  Always excited about music, Normani began dancing at the age of 3 and grew up idolizing entertainers like Janet Jackson, Michael Jackson, and Beyonce.  Inspired by her love for pop and R&B, “Love Lies” offers a closer look to Normani’s personal style as an artist and demonstrates her “smooth vocals” (Billboard) and “velvety range” (Vulture). Outside of the recording studio, Normani is the Global Ambassador to the American Cancer Society and works with A Place Called Home, lending her name and time to various events. She is also a Diversity Ambassador for The CyberSmile Foundation, a multi-award winning anti cyberbullying non-profit organization.