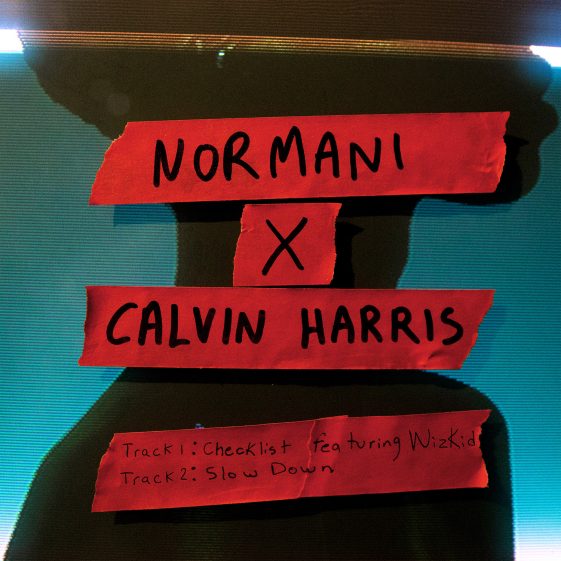 “Checklist” featuring WizKid and “Slow Down” are released via Keep Cool/ RCA Records. Rumors of a collaboration between Normani and Calvin Harris first began circulating this summer after a photo of the two in the studio was posted on social media. Normani confirmed the collaboration with Calvin earlier this month on the red carpet at the 2018 American Music Awards. “Checklist” and “Slow Down” are Normani’s latest releases following recent collaborations with Quavo (“Swing” feat. Davido), Jessie Reyez and Kehlani (“Body Count” Remix), and her smash hit debut single, “Love Lies” with Khalid. Normani earned her first #1 as a solo artist last month with “Love Lies” and held the #1 spot at Top 40 radio in the US for two consecutive weeks.

Tomorrow night (Oct. 23), Normani will perform at Tidal X in Brooklyn alongside Lil’ Wayne, Ms. Lauryn Hill, Anderson .Paak, Teyana Taylor and more. Earlier this year, Normani made her televised debut as a solo artist on The Tonight Show Starring Jimmy Fallon in April, when she and Khalid performed “Love Lies.”  In May, the pair performed “Love Lies” on stage at the 2018 Billboard Music Awards. Following the performance, BuzzFeed exclaimed, “Normani slayed the entire 2018 Billboard Music Awards.”

Calvin’s latest release, “Promises” with Sam Smith has amassed over 315 million streams worldwide, reached #1 at Billboard Club Chart and spent 6 weeks at #1 in the UK. He just released a 9 track remix pack of “Promises” from some of the world’s best house music producers. “Promises” was released on the heels of Calvin’s summer jam “One Kiss” which hit #1 on singles chart in multiple countries across the globe and spent 8 consecutive weeks at #1 in the UK.

ABOUT NORMANI: Best-known as one of the four members in the multi-platinum group Fifth Harmony, Normani began to explore a new musical direction on her debut solo single “Love Lies” with Khalid. Since its release, the song has been streamed over 650 million times while the official video has over 85 million views on YouTube. “Love Lies” recently held the #1 spot at Top 40 radio for two consecutive weeks (currently #3) and is currently #12 on Billboard Hot 100.

While in the process of recording her debut solo album, Normani has collaborated with some of today’s top artists including Calvin Harris, Khalid, Quavo, Jessie Reyez, Kehlani, and more. In a feature with The FADER this summer, they proclaimed, “the list of people lining up to work with her is insanely impressive” and that “Normani’s new sound is grown and sexy.”

Outside of the recording studio, Normani is the Global Ambassador to the American Cancer Society and works with A Place Called Home, lending her name and time to various events. She is also a Diversity Ambassador for The CyberSmile Foundation, a multi-award winning anti cyberbullying non-profit organization.

ABOUT CALVIN HARRIS: Heavyweight producer, DJ and songwriter Calvin Harris stands as the figurehead for modern dance music, having broken world records and dominated the charts with his many hits. As one of the most successful artists of all time and the most played Scottish artist of the 21st century, Calvin Harris has collaborated with global stars including Frank Ocean, Pharrell Williams, Rihanna, Katy Perry, and Ellie Goulding to name a few. His work has garnered a number of music awards and nominations including 13x Brit Award nominations, 14x VMA nominations, 4x Grammy nominations and a 2013 Grammy Award win in the Best Music Video category for “We Found Love”. Calvin’s latest release, “One Kiss” with Dua Lipa, marks the fastest ascent to #1 in Dance radio chart history. To date, Harris has sold over 10 million albums and 35 million singles worldwide, with 8.5 billion combined audio streams and 7.9 billion combined video streams, making him one of the most viewed artists on YouTube & Sony’s biggest streaming artist with almost 16.5 billion audio & video streams in his career history.