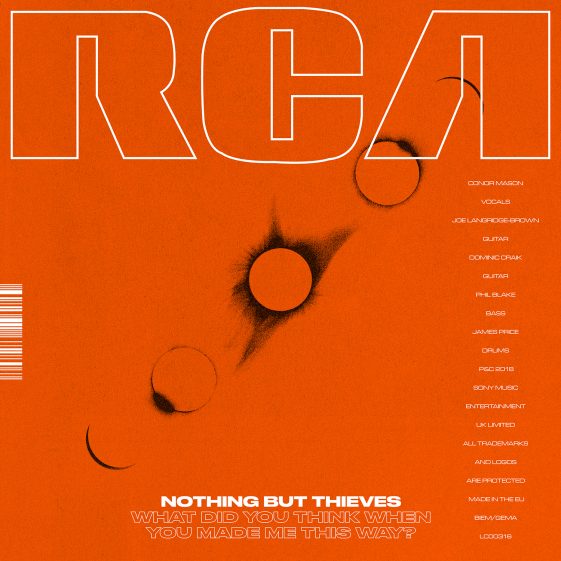 Nothing But Thieves Release New Single “Forever & Ever More”

UPCOMING EP WHAT DID YOU THINK WHEN YOU MADE ME THIS WAY? SET FOR RELEASE OCTOBER 19TH

(Los Angeles, CA)—Today, critically acclaimed U.K.-based band Nothing But Thieves releases their new single “Forever & Ever More.” The track, which is also Annie Mac’s Hottest Record on Stage Radio 1, is available now at all digital retail providers via Sony Music U.K./RCA Records. It will also be included on the band’s upcoming 4-track EP entitled What Did You Think When You Made Me This Way?, which is produced by Jim Abbiss (Artic Monkeys, Kasabian, Adele), mixed by David Sardy (Catfish & The Bottlemen, Oasis, Noel Gallagher, Royal Blood), and due out October 19th. See full track listing below.

What Did You Think When You Made Me This Way? EP Track Listing:

Fresh off the heels of their headline set at Reading & Leeds Festival in the U.K., Nothing But Thieves will be hitting North America on their “Broken Machine World Tour” on Friday, September 7th in Washington, D.C. and will be making stops in a number of major cities including Boston, Chicago, Los Angeles, and New York City with support from grandson and Demob Happy in select cities. Tickets for the tour are on-sale now and can be purchased here. See full list of tour dates below.

To Buy or Stream “Forever & Ever More”:
http://nbthiev.es/FAEM