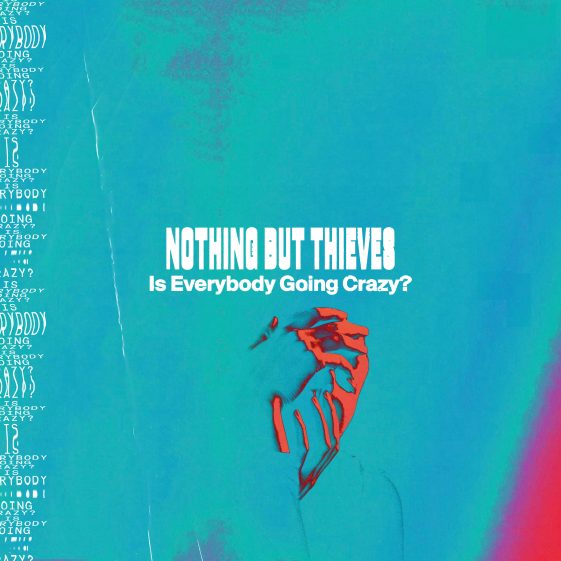 Nothing But Thieves Release New Single “Is Everybody Going Crazy?” Along With The Lyric Video Via Sony Music UK/RCA Records

NOTHING BUT THIEVES RELEASE NEW SINGLE “IS EVERYBODY GOING CRAZY?” ALONG WITH THE LYRIC VIDEO VIA SONY MUSIC UK/RCA RECORDS

(Los Angeles, CA – March 18th, 2020) – Nothing But Thieves have released their bold brand new single Is Everybody Going Crazy? along with the lyric video via Sony Music UK/RCA Records. Watch HERE.

Is Everybody Going Crazy? is the band’s first new music since their 2018 EP What Did You Think When You Made Me This Way and their 2017 acclaimed album Broken Machine, which charted at #2 in the UK album chart.

Produced by Mike Crossey (The 1975, Arctic Monkeys and Wolf Alice), it is a fresh sound for the band that delivers in spades. Opening with a gritty rock riff, the track launches into lead singer Conor’s triumphantly versatile and intensely euphoric vocal, which builds into a frenzied dark pop chorus that is as at home on the dancefloor as it is filling stadiums. Lyrically it discusses a fractured, barely recognisable civilisation and desire for escapism.

The band say, “There is a quiet sadness about the verses. The character in the song doesn’t understand the world around themselves or relate to the people in it. What they once thought were the principles or morals they were meant to follow no longer seem to apply.  Others seem to revel in the lunacy. In a place like that, it makes you realise that you need something to hang onto, like an anchor. There are a few elements of escapism throughout the song, whether it is through another person, stealing a moment to switch off or changing their mentality.”

The past few years have been quite a ride for Nothing But Thieves. Amassing over 700,000 album sales and 750million streams so far, they have built up a loyal and wide following for their impactful alt rock sound, cementing themselves as one of the best current rock bands in the world. Selling 150,000 tickets on their last album campaign, which included their biggest UK headline tour to date and a sold-out show at London’s Alexandra Palace, and selling out their entire worldwide Broken Machine headline tour, their success has been global.

The band have performed on US TV shows such as James Corden and Jimmy Kimmel, after their debut became the bestselling debut from a UK rock band in the US in 2015 and played packed out international shows from Poland to Amsterdam, where they headlined an arena to 6,000 fans. After intimately debuting new songs at Tufnell Park Dome recently for a BRITs/War Child gig, they will be touring internationally this spring, including a show to 6,500 people at Moscow Adrenaline Stadium at the end of March.

To Buy/Stream/Watch “Is Everybody Going Crazy”