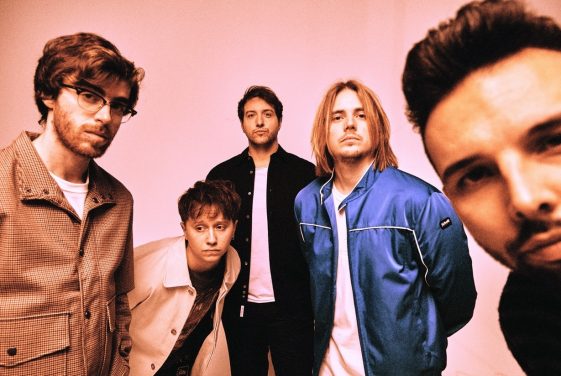 ‘LIVE FROM THE WAREHOUSE’  AND AUTUMN 2021 UK, IRELAND AND EUROPEAN TOUR ON SALE NOW

Southend five-piece Nothing But Thieves have released their highly anticipated third album Moral Panic, which features the singles Is Everybody Going Crazy?, Real Love Song and Impossible and is available to buy and stream now.

Written before current events, the album is strangely relatable to life right now. As it’s candid title suggests, it is a poignant moral outcry on the world tinged with emotion, anger and above all, hope. With themes that are a mirror image of today’s society, lyrically it reflects outwardly in its powerful musings on climate change, anxiety around social media, political chaos and an overall desire to switch off, escape and really take a look at ourselves. Musically it is an explosion on the senses, soaring from loud and frenzied tracks such as Unperson, Is Everybody Going Crazy? and Can You Afford To Be An Individual?, to mellower moments through the emotion of There Was Sun and Free If We Want It, and tracks which elatedly unite the two, such as title track Moral Panic and Before We Drift Away.

The band say; “Moral Panic has been a tricky process at times. It is, in a lot of ways, a political album, but it was our intention to not make it directly so. The album hinges on what effect the pressures of the modern world and the information age have on us. It’s about people.”

“The songs fall somewhere between rage and resignation. We are pitted against one another consistently. Our fears are used against us for ad revenue. The modern debate calls for us to assume anyone who disagrees with us on any level holds a view which is completely in opposition to ours. My truth is not your truth and your truth makes you scum.”

“We exist in online tribes. Sometimes that is the only way we get through the day. Sometimes it’s because we like to cause pain. Where do we find hope or relief? Do we still have a choice? Can you afford to be an individual?”

Produced by Mike Crossey (The 1975, Arctic Monkeys and Wolf Alice), Moral Panic features 11 tracks and the full track listing is as follows:

After introducing tracks from the album over the last few months, the band have amassed over 30million streams for their new music so far, along with unwavering support from the likes of BBC Radio 1, Radio X and Virgin Radio. Moral Panic follows their 2018 EP What Did You Think When You Made Me This Way, their 2017 acclaimed album Broken Machine, which charted at #2 in the UK album chart, and their debut self-titled album Nothing But Thieves.

The band have performed on US TV shows, such as The Late Late Show With James Corden and Jimmy Kimmel Live!, after their debut became the bestselling debut from a UK rock band in the US in 2015 and played packed out international shows from Poland to Amsterdam, where they headlined an arena to 6,000 fans. After intimately debuting new songs earlier this year for a BRITs/War Child gig, they were set to tour internationally this Spring, including a show to 6,500 people at Moscow Adrenaline Stadium. They recently announced 3 livestream shows Live from the Warehouse for the week following the Moral Panic album release and tickets are also on sale for their UK, Ireland and European tour for Autumn 2021.

Filmed Live from The Warehouse, via multiple angles in the round, their livestream shows will be a completely new way to experience Nothing But Thieves, who have a well-earned reputation for their energetic, impassioned and infinite live shows. The band will perform three completely unique sets on 28th and 29th October across three time zones, which will feature brand new tracks from new album Moral Panic, rare songs, old favourites across their previous two albums Nothing But Thieves and Broken Machine, covers and re-imagined tracks. Tickets are available here.

Full dates for their UK, Ireland and European Autumn 2021 tour, including their biggest ever headline London show at O2 Arena, are as follows: