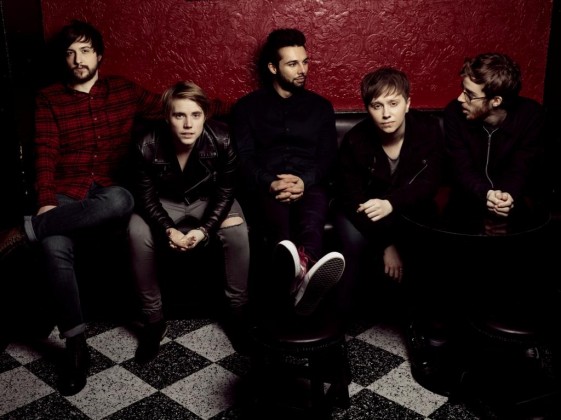 Nothing But Thieves Announce “Under My Skin” North American Tour

Los Angeles, CA – Critically acclaimed UK based band, Nothing But Thieves, is hitting the road on their “Under My Skin” North American tour in support of their self-titled debut album.  The tour will be making stops in a number of cities across the U.S. including Philadelphia, Los Angeles, and Denver, and will also include appearances at festivals such as Buzzfest in Houston and BottleRock in Napa Valley. Tickets go on sale Friday, March 18th at 10:00am local time.  See full list of tour dates below.

Nothing But Thieves’ self-titled album is out now via RCA Records/Sony Music U.K.  The band celebrated its U.S. release with sold-out headlining shows in both Los Angeles and New York City, and brought their first single off of their album, “Trip Switch”, to ABC’s Jimmy Kimmel Live! (Click HERE) for their U.S. television debut.  With the release of their new album, upcoming tour, and “Trip Switch” hitting no. 1 at alternative radio, Nothing But Thieves is looking forward to an unstoppable future.

* = Tour dates with support from The Wrecks 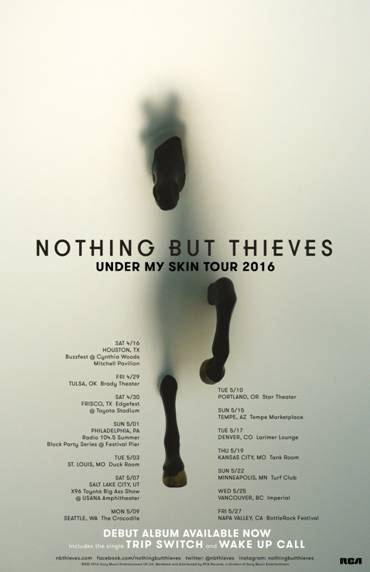