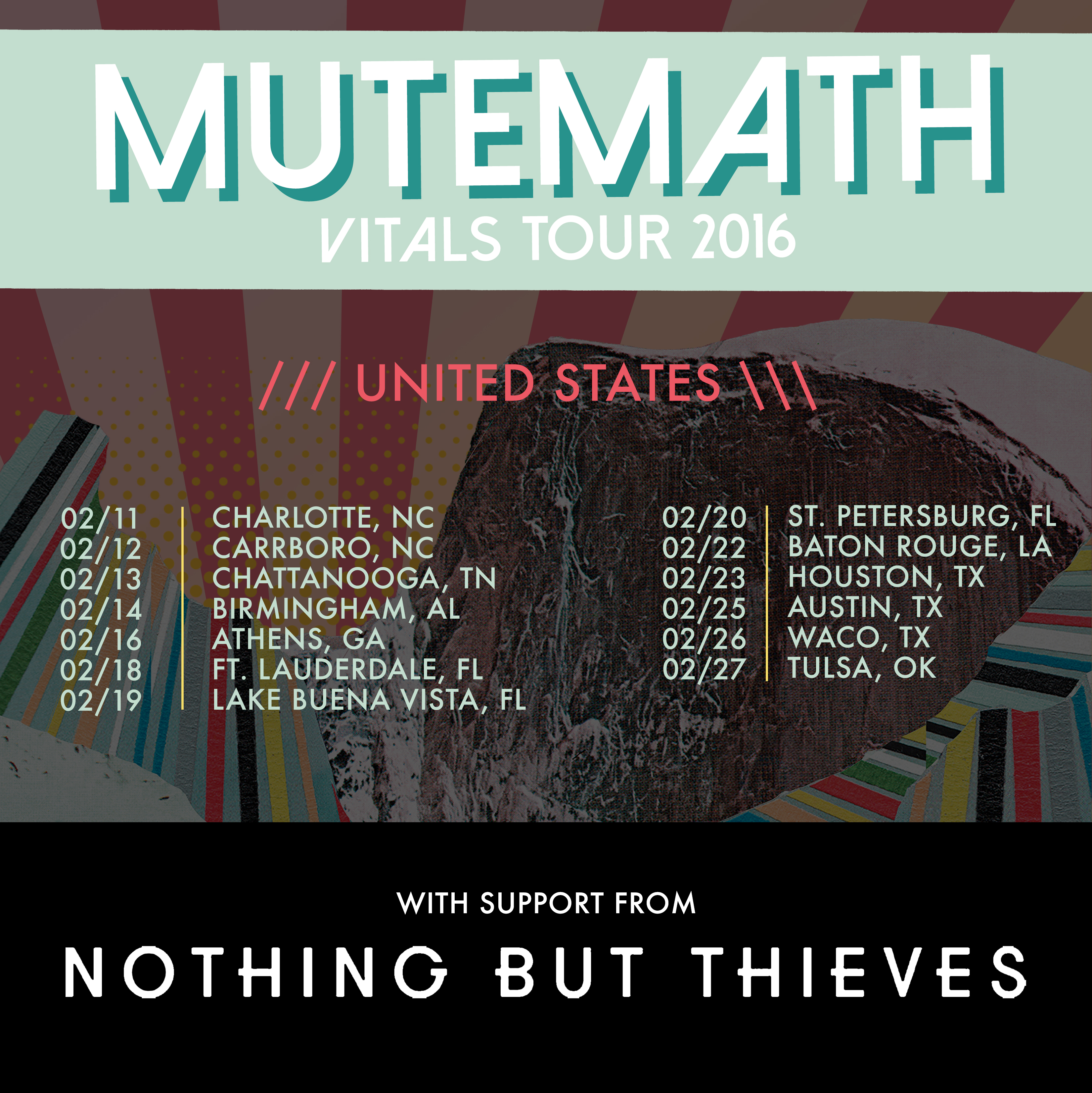 Today, critically acclaimed UK based band, Nothing But Thieves, announce their North American tour with American alternative rock band, Mutemath.  The much buzzed about five-piece will be supporting Mutemath in a number of major cities across the U.S., as well as headlining their own shows in Los Angeles and New York City. Tickets are on sale now.  See full list of tour dates below.

Nothing But Thieves will be making their U.S. network television debut on ABC’s Jimmy Kimmel Live! on Tuesday, February 9th where they will be performing their hit single, “Trip Switch”.  “Trip Switch” is currently Top 10 at Alternative Radio and has racked up over 1.7 million views on VEVO.  It also reached #2 on the rolling charts for Alt Nation SiriusXM with 980 spins to date.

Nothing But Thieves’ Conor Mason (vocals), Joe Langridge-Brown (Guitars), Dom Craik (guitars), Philip Blake (bass) and James Price (drums) draw their musical inspiration from bands like Arcade Fire to Jeff Buckley to Led Zeppelin only to form a definitive and unique rock sound.  The band will release their self-titled debut album February 5th on RCA Records/Sony Music U.K. with a pre-order available now (Click HERE).  Those who pre-order the album will get 5 instant grat tracks including the alternative hit “Trip Switch” along with “Wake Up Call”, “Graveyard Whistling”, “Ban All The Music” and “Itch”.

With the upcoming tour, including festival appearances at BottleRock Napa Valley, and the release of their debut album, the band is looking forward to an unstoppable future.

Tour dates in support of Mutemath: